Despite the 0-2 win in the first leg, Xavi insisted the team wonĺt ô come out and sit back and defend the leadľ we always attack, we donĺt know any other way to play and our fans would never let usö. 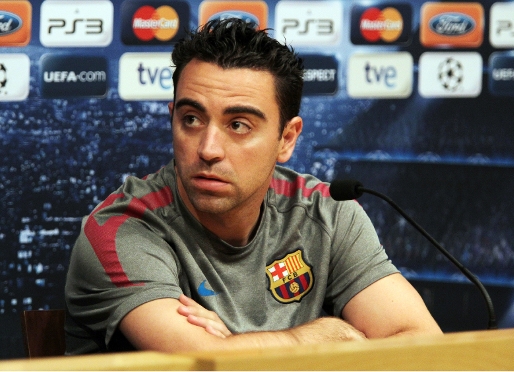 This year’s Champions League Final is being held at Wembley of course and Xavi explained that he’d missed Barša’s last final there in 1992 (when he was 12): “I wasn’t allowed to go, but my brothers were there. It’d be great to go back to where the Club won their first Champions League and having beaten a historic rival like Madrid”.
Nearly a week has passed since the third meeting between the Big Two and as Xavi pointed out with regret this evening at the pre-match press conference, there’s been lots of talk about almost everything but football since then.

“We have a good first leg result”

Xavi has been a Barša fan since he was a child and facing the eternal ribvals Madrid always brings an extra spark of motivation, He also admitted it was “a pleasure and a great satisfaction to be here enjoying this” and that “we have a good result from the first leg”, as he aims for his third Champiosn League Final.

Barša true to their style of play

The Nou Camp may see different tactics from Real Madrid to those they employed last week, as Xavi commented: “the result makes that necessary – they’ll need to go out and look for the game more. They’ve lived on a counter attacking game and been ultra defensive, but we have to be prepared for them to play higher up the pitch tomorrow”. Whatever happens though, Barša will stay true to their own way of playing: “our game won’t change at all”, the Spanish midfielder insisted, “we always attack and never try and sit back and defend a lead - we don’t know any other way to play and our fans would never let us”.

Off the field incidents 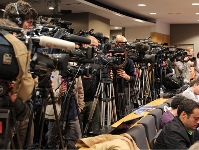 There’s been no end of controversy after last week’s game, but Xavi, a footballer through and through, revealed: “It saddens me to have to talk about things that are nothing to do with the sport. It’s not for me to judge the behaviour of Madrid’s manager, but in the end, you win because you deserve it, because you have done more good things. All these official complaints just get nowhere. We try and just talk about football and not those lamentable incidents”.

One thing Xavi is clear about though: “our behaviour has been exemplary. It has been in all the games we’ve played and all this business seems pathetic and deplorable”.