Barça to play in Audi Cup

FC Barcelona to play in Audi Cup in Munich this summer

On 26th and 27th July, Barça will take part in the Audi Cup in Munich, alongside Bayern Munich, AC Milan and Internacional de Porto Alegre. Supporters will choose the pairings for the first round of games. 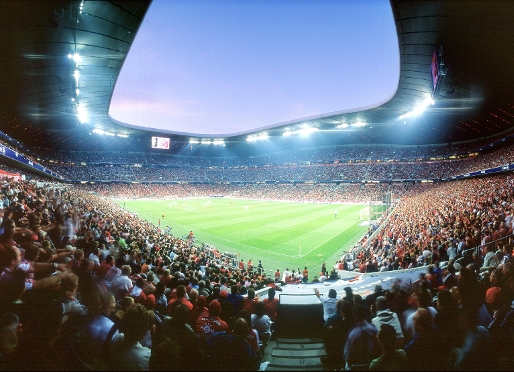 The Allianz Arena will host the Audi Cup in July and Barça will join three more big teams to fight for the trophy, with Bayern Munich, AC Milan and Internacional de Porto Alegre aklso involved.

Fans to choose who Barça play

On the opening day, 26th July, FC Barcelona and Bayern de Munich will face either AC Milan or Internacional de Porto Alegre– with the fans choosing the match ups on line at www.audicup.com. Fan can vote until May 7th at 15.30, when Barça’s and Bayern’s opponents will be announced.

The winners of those two games will meet in the final the following day, with the losers fighting for third and fourth spot.

Advance ticket sales for the 2011 Audi Cup are starting now. One-day tickets – for two consecutive top-class games – start selling for as little as 18 euros. Tickets are available on the internet at http://www.audicup.com