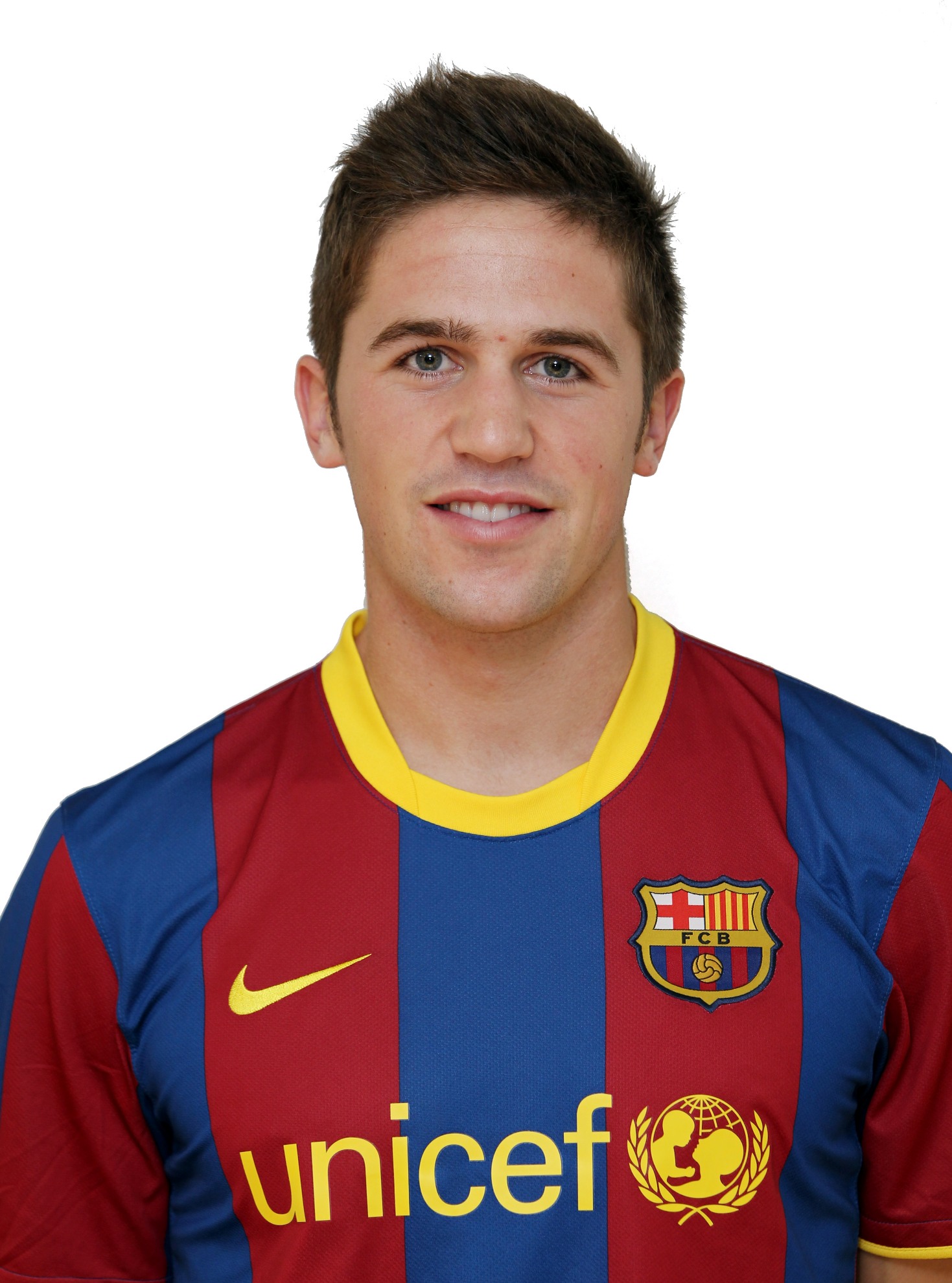 Andreu Fontŕs joined the first team squad on March 16th 2011 at the age of 21, taking the place of Éric Abidal, who had to undergo surgery after a tumour was detected in his liver.

Before that, Andreu Fontŕs (14-11-1989, Banyoles) had already made his debut with the first team, coming on for Gerard Piqué for the last few minutes of the 3-0 win over Sporting at the Nou Camp on August 31st 2009.

Fontŕs joined the first team squad in mid March 2011 after he’d featured in five first team games, in La Liga, the Spanish Cup and the Champions League, where he scored his first goal for the team against Rubin Kazan in the 2-0 win at the Nou Camp.

Fontŕs joined the Club’s youth set up in the summer of 2007 from Girona, a club he played for in 2007 after leaving his home town club Banyoles, where he had played since 1996. He was part of the Youth A squad for a year and then moved up to Barça B where he played for two and a half seasons, during which the team won promotion to the second division under Luis Enrique.

He was promoted to the first team following Éric Abidal’s absence with a tumour in mid March, and played his role in winning the Liga and Champions League.

Fontŕs is a commanding left footed centre half. Both strong and elegant, he is accustomed to taking charge of the central defence. Originally a midfielder, he has played at the heart of the back line for a number of seasons and he oozes security out on the pitch.