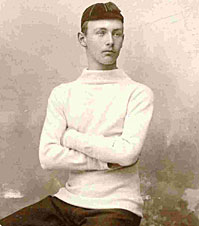 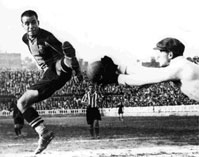 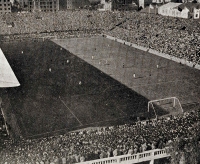 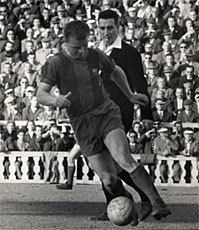 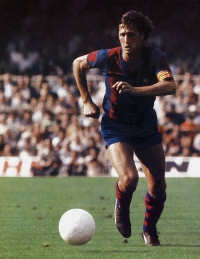 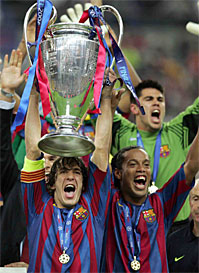 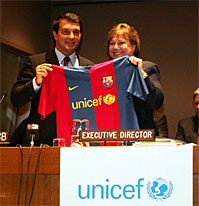 On November 29, 1899, Hans Gamper founded Futbol Club Barcelona, along with eleven other enthusiasts of 'foot-ball', a game that was still largely unknown in this part of the world.

He could never have imagined the magnitude of what that initiative would eventually develop into. Over more than one hundred years of history, FC Barcelona has grown spectacularly in every area and has progressed into something much greater than a mere sports club, turning Barça’s ‘more than a club’ slogan into a reality.

Barça has become, for millions of people all around the world, a symbol of their identity, and not just in a sporting sense, but also in terms of society, politics and culture. Throughout the most difficult of times, Barça was the standard that represented Catalonia and the Catalan people's desire for freedom, a symbolism that has continued to be closely linked to the idiosyncrasy of the Club and its members to this day. Within the context of Spain, Barça is seen as an open and democratic club. And all around the world, Barça is identified with caring causes, and most especially children through its sponsorship agreement with Unicef.

For a whole century, FC Barcelona has passed through moments of glory and pain, periods of brilliance and other less successful ones, epic victories and humbling defeats. But all these different moments have helped define the personality of a Club that, due to its peculiar nature, is considered unique in the world.

With over one hundred years of history, there have naturally been many different periods, both in a social and a sporting sense. In the early years (1899-1922) , from the foundation of the club to the construction of Les Corts stadium, Barça was a club that had to distinguish itself from all the other football teams in Barcelona, to the point that it would come to be identified with the city as a whole. Barça soon became the leading club in Catalonia, and also associated itself with the increasingly growing sense of Catalan national identity.

From Les Corts to the Camp Nou (1922-1957), the club went through contrasting periods. Its membership reached 10,000 for the first time, while football developed into a mass phenomenon and turned professional, and these were the years of such legendary figures as Alcántara and Samitier. But due to material difficulties and the political troubles of the Spanish Civil War and post-war period, the club was forced to overcome several adverse circumstances, including the assassination of president Josep Sunyol in 1936, the very person who had propagated the slogan ‘sport and citizenship'. But the club survived, and a period of social and sporting recovery materialised in the form of the Camp Nou, coinciding with the arrival of the hugely influential Ladislau Kubala.

From the construction of the Camp Nou to the 75th anniversary (1957-1974) , Barça suffered mediocre results but was consolidated as an entity, with a constantly increasing membership and the slow but steady recovery, in the face of adversity, of its identity. A very clear sensation that was manifested for the first time ever in the words ‘Barça, more than a club’ proclaimed by president Narcís de Carreras. The board presided by Agustí Montal brought a player to Barcelona who would change the history of the club, Johan Cruyff.

From the 7th anniversary to the European Cup (1974-1992) the club saw the conversion of football clubs to democracy, the start of Josep Lluís Núńez’s long presidency, the extension of the Camp Nou on occasion of the 1982 World Cup and the Cup Winners Cup triumph in Basle (1979), a major success not just in a sporting sense but also in a social one, with an enormous and exemplary expedition of Barça supporters demonstrating to Europe the unity of the Barcelona and Catalan flags. Cruyff returned, this time as coach, and created what would come to be known as the 'Dream Team' (1990-1994), whose crowning glory was the conquest of the European Cup at Wembley (1992), thanks to Koeman’s famous goal.

International Dominance. From Wembley to Abu Dhabi (1992-2009) was when the club’s most recent developments occurred in between its three greatest achievements, becoming champions of Europe. Josep Lluís Núńez’s long presidency came to an end, and the club displayed its finest potential during the celebrations of the club Centenary. Following on from Joan Gaspart (2000-2003), the June 2003 election brought Joan Laporta into office, and the start of new social expansion, reaching 172,938 members, and more successes on the pitch, including four league titles, the Champions League titles won in Paris and Rome and the FIFA Club World Cup.

In the season 2008-09 the arrival of Josep Guardiola as first team coach brought new energy to the club and they recorded the most successful season in their entire history winning the six titles that will be forever burned into the memories of all Barça fans. Success on the field has helped the club expand its social role and heighten its media profile. In the 2009/10 season, Guardiola’s second in charge, the Liga title was won for the second year in a row, and the twentieth on club history, setting a new record of 99 points in the process. The title was not decided until the very last day, with a game against Valladolid, and the celebrations went ahead that very same evening in the company of the fans at the Camp Nou.

The grandeur of Futbol Club Barcelona is explained, among many other factors, by its impressive honours list. Very few clubs anywhere in the world have won so many titles. The Intercontinental Cup is the only major football trophy that has never made its way into the club museum, where the club's greatest pride and joy remain the three European Cup titles won in Wembley (1992) Paris (2006), Rome (2009) and the FIFA Club World Cup in 2009.

Apart from winning Europe’s top title,, the Club also has the honour of being the only one to have appeared in every single edition of European club competition since the tournaments were first created back in 1955. Barcelona's many achievements in Europe include being considered 'King of the Cup Winners Cup', having won that title a record four times

In addition, FC Barcelona also won three Fairs Cups (the tournament now known as the UEFA Cup) in 1958, 1960 and 1966. In 1971, Barça won that trophy outright in a match played between themselves, as the first ever winners of the competition, and Leeds United, as the last.