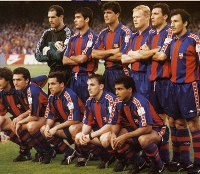 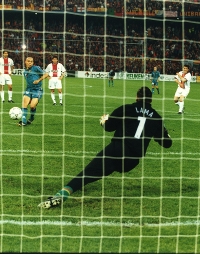 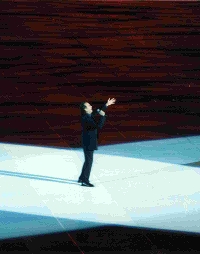 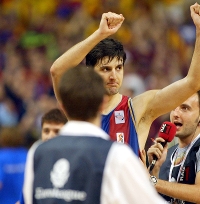 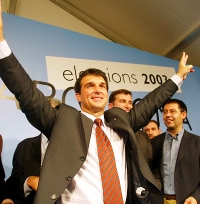 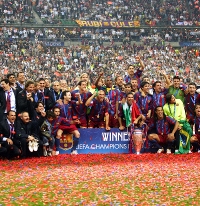 The controversial departure of team manager Johan Cruyff in 1996 opened up a new era that bore its first fruits in 1997 with another Cup Winners Cup, a Spanish Cup and then the following season victories in the Cup, the League and the European Super Cup.

Despite the successes on the pitch, Cruyff’s departure opened up a deep division amongst the fans and members which in turn had a great effect on the life of the Club. All this happened when the economic dimension of football changed gear: increased sponsorship, television and image rights deals, pay-per-view, get out clauses in the players’ contracts etc. All of this unstoppable dynamic was making the management of the big football clubs more and more complex. The counterpoint to this process was the Club’s Centenary celebrations, which once again illustrated the values of the Club. At the same time, the divisions among the fans and members continued and led to the end of the presidency of Josep Lluís Núńez, who was briefly succeeded by Joan Gaspart, until Joan Laporta took over in 2003.

With Bobby Robson and Louis Van Gaal as managers, the team achieved notable success, especially in the 1996-97 season, with the Cup Winners Cup, and in the two following seasons with two consecutive league titles. However, the feeling that an era had ended remained and the split in the heart of the Club became wider. The sporting failures of the 1999-2000 season convinced President Núńez that it was time to resign.

It isn’t easy for any organisation to reach the age of 100 years. Few achieve this level of constancy and continuity. For this reason the Club’s Centenary celebrations filled a busy year with activities of all types, from November 1998 to November 1999. The artist Antoni Tŕpies created the official poster and the singer-songwriter Joan Manuel Serrat sang his 'Cant del Barça' from the Camp Nou pitch. The Centenary aimed to be the link between a glorious past and a future full of hope. In the historic centenary season Barça won the football, basketball, handball and roller hockey leagues.

The resignation of Club president Núńez led to elections (July 2000), which were won by Joan Gaspart, who had been the vice-president during the previous 22 years. The defeated candidate was Lluís Bassat. Gaspart’s presidency did not bring any silverware and so the crisis in the Club became even more intense. He resigned in February 2003 and opened up a period of provisionality that was not resolved until July, with the holding of new elections. However, this atmosphere of crisis did not prevent the various sections from winning some of their competitions, such as the European basketball league in May 2003.

Presidential elections were held on 15th June 2003 and were won by a young lawyer, Joan Laporta, ahead of the advertising executive Lluís Bassat. This marked the beginning of a new era, defined by the excitement of a new project and the signings of world class stars such as Ronaldinho, Deco and Eto'o. This new team did not take long to achieve success, winning the league in 2004-2005, and then again in the following season. These successes, which culminated in the second European Cup, were combined with a determined effort to relaunch and renew the involvement of the fans and membership under the slogan “More than a Club”. This led to new records in the level of membership, which in 2006, thanks to the “Great Challenge” campaign, exceeded 150,000 members.

There is no doubt that 2006 will go down in the history of Barça as a very special year. The Club won its second European Cup, beating Arsenal in Paris 2-1. But it was also the year that the Joan Gamper Sports Centre in Sant Joan Despí was inaugurated and the agreement was signed with UNICEF in September in New York. This agreement projects Barça’s humanitarian side around the world and gives a definitive global dimension to “More than a Club”.

In the season 2008-09 the arrival of Josep Guardiola as first team coach brought new energy to the team and they recorded the most successful season in their entire history winning the Spanish League and Cup double, the Champions League , both the European and Spanish Super Cups and the World Club Cup. A six title winning achievement taken with authority and universal respect based on a core of players who came up from La Masia, such as Messi, Iniesta, Xavi or Pedro. The 2-6 win in the Bernabeu, the victory in Rome over Manchester United or the triumph in Abu Dhabi beating Estudiantes in the final of the World Club Cup, became reference points for Barca fans. The sporting success was also mirrored in an increase in the club’s social and media projection as it reached the figure of 172,938 members in November 2009.

In the 2009/10 season, Guardiola’s second in charge, the Liga title was won for the second year in a row, and the twentieth on club history, setting a new record of 99 points in the process. The title was not decided until the very last day, with a game against Valladolid, and the celebrations went ahead that very same evening in the company of the fans at the Camp Nou.