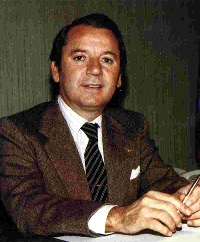 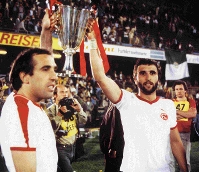 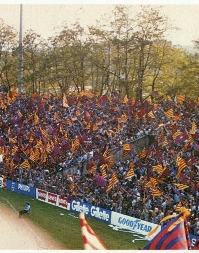 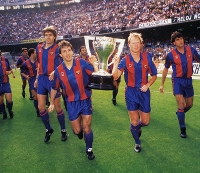 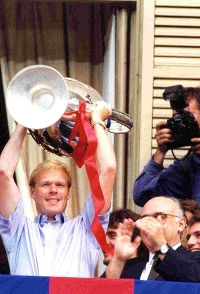 The 75th anniversary had clearly demonstrated the full potential of the club and its influence on Catalan society, at a time when civilian life was highly affected by the political conditions being imposed by the Franco dictatorship.

The arrival of democracy not only meant major changes in the country on a political level, but also in all other aspects of society, sport included. Clubs now had to be run democratically, as did federations, all under the auspices of democratic governments, both in terms of Spain as a whole, and in terms of the autonomous region of Catalonia.

At Barça, it was president Agustí Montal who led the club through the transition to democracy until the first elections, in which the members voted Josep Lluís Núńez in as president, somebody who would go on to enjoy the longest presidency in the history of the club. Football was seeing major changes. The contracting of foreign players was consolidated, and on a financial level, the sport was booming, in part due to what was known at the time as “atypical income”, which included television rights, especially when contracts with the main private broadcasters came into play. But the club was heading in the opposite direction. It would be ten years before Barça won another league title, but that would soon be followed with the most coveted title of all, the European Cup, along with the four consecutive League championships won by the 'Dream Team'.

After several years without being able to hold free elections, in May 1978, the members were able to choose their own president. It was a close result between three candidates: Josep Lluís Núńez received 10,352 votes; Ferran Arińo, 9,537; and Nicolau Casaus, 6,202. Núńez would stay in office until the year 2000.

1979 was an important year for Barça, as they won the Cup Winners Cup for the time ever, in Basle. But it was not just the win that impressed, but also the amazing presence of almost 30,000 fans at the final in the biggest display to date of the colours of Barcelona and Catalonia in Europe. There were unprecedented celebrations in the streets of Barcelona and other Catalan cities. Barça would win the Cup Winners Cup again in both 1982 and 1989.

Urruti, I love you

But there were to be no further League titles until the 1984-1985 season, when Barça ran away with it, securing the championship in Valladolid with four games still to play. That game was decided when goalkeeper Urruti saved a penalty in the last minute to mathematically clinch the title. The emotion of the moment was perfectly captured by commentator Joaquim M. Puyal’s famous cry of “Urruti, I love you”, which has gone down in club folklore. The squad that year included such greats as Julio Alberto, Migueli, Archibald, Schuster, and captain Alexanco.

Disappointment followed the 1985 league winning season, when Barça lost the 1986 European Cup Final in Seville. Further problems followed shortly after, culminating in the infamous Hesperia Mutiny, in which the players demanded the resignation of the board. The directors needed to find a way of changing the way the club was heading, and that change came in the form of Johan Cruyff, who had a whole new philosophy of the way football should be played and immediately set about rebuilding the squad. What he created was a team with a new winning mentality, and which would come to be known as the 'Dream Team'. That legendary side enjoyed success after success, including four consecutive league titles from 1991 to 1994, and the club’s first ever European Cup.

The first European Cup, won on the night of May 20, 1992 at the legendary Wembley Stadium in London, deserves a special mention. The opposition was Sampdoria of Genoa, and Barça won 1-0 with Ronald Koeman’s brilliant free kick in extra time. The team that won the club’s first ever European Cup title was: Zubizarreta, Nando, Ferrer, Koeman, Juan Carlos, Bakero, Salines (Goikoetxea), Stoitchkov, Laudrup, Guardiola (Alexanko) and Eusebio.