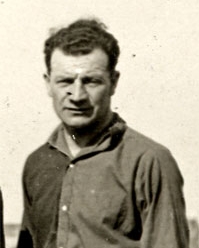 This English coach who had settled in Catalonia has gone down in history as Barça's first official coach.

Greenwell moved from Crook Town to play for Barça. He took over as Blaugrana Coach following the departure of John Barrow.  He remained on the bench for seven consecutive seasons, a record that has only been bettered by Johan Cruyff. In his first year, a group of club members demanded his resignation but the president, Joan Gamper, defended him and he eventually won two Spanish Cups and 5 Campeonatos de Catalunya.

In his second period as Barça coach, he did not win as much silverware as in the first. In fact, the team only won one Campeonato de Catalunya.