The first team squad received new cars on Thursday lunchtime from club sponsors Audi, who distribute the vehicles at the start of every season. 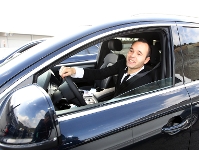 Audi A7 for Xavi and Piqué

The undoubted star of the new cars was the Audi A7 Sportback, Audi’s new coupé, which Xavi, Piqué, Pedro and Sergio Busquets all chose as their car for this season.

“It’s a pleasure to work with these players ”

Club President Sandro Rosell, the Director of Audi Espanya, Manuel Caballero, Audi AG Marketing Director Lothar Korn and Volkswagen-Audi Espanya President Ludger Fretzen were amongst other club and Audi representatives at the event and Sr Caballero explained that for his company: “it is a pleasure to have players from the most successful club in recent years as ambassadors for our cars”. 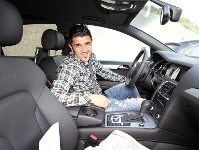 Audi have been an official sponsor of the team since 2006 for the vehicle sector. Both entities share values which have allowed them to move into the vanguard of their respective sectors and lead them on a world level. These values have been the basis of the agreement and helped to strengthen the relationship between the two.