FCBEscola has organised a series of camps in Spain, where children can be trained as footballers and as people. 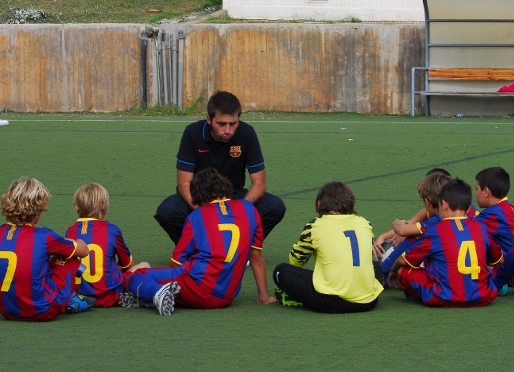 The aim of the Campus is to pass on the spirit and values of the Club and it is open to children born between 1996 and 2004. There are a total of seven FCBCampus distributed throughout Spain which aim to train players in technique, tactics, physical fitness and psychological awareness in order to help them internalise the values of the Club in the most enjoyable way possible.

Youngster can board at the FCBarcelona Campus or come along as day pupils, however there is a limit of 150 places in order to maintain the quality of the FCBEscola. for each Campus. There is discount for Club or supporters club members applied to most camps, and price includes all activities at the Campus. 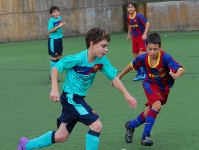 Each campus will be backed by a member, or ex-member of the first team. Youngsters can come along and learn the work programme used with the young teams at the Club which has proved to be so successful.

In order to ensure the success of the project, given that this is the first time the Club has set up the Campus throughout Spain, the Club will be counting on the support of the various Supporters clubs around the country.

The "Penyes" represent the pride of the Club, its values, the way it behave sand everything that has made it the best Club in the world. What is more, the "Penyes" give a structure to Barcelona’s voice in the world. Under the supervision of the FCBEscola, the “Penyes” will help to make real the dreams of so many youngsters who wish to learn the methods and philosophy of our Club.

Campus, dates and signing up

Below are the dates of the campuses.