The Camp Nou has registered a higher average attendance than in other recent seasons. This year’s 79,390 average was 2.7% up on the previous season. 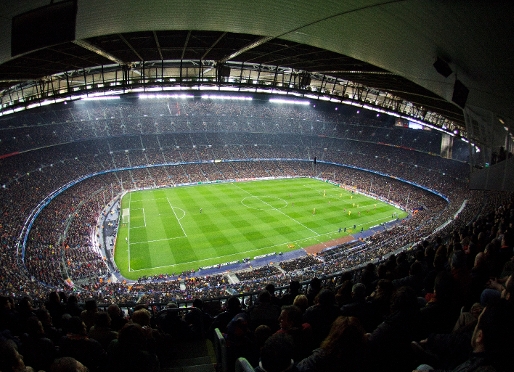 Improvement in Copa del Rey too

Home attendances were also up in the Copa del Rey. The average for the 2009/10 season was 37,245, while this year, with two additional games, there was an average of 48,387 fans in the stadium for cup ties.
Barça are not just getting better on the pitch, but on the terraces too. The attendance figures show that there was an average of 2,158 more people in the stadium for league matches this season compared to last season’s average of 77,033.

In 9 of the 19 games played in the league this year, there were over 80,000 spectators. It was also the league that produced the highest turnout of the season, the 98,255 that saw Barça beat Madrid 5-0.

Up on previous seasons

Good use of Seient Lliure

One of the main reasons for such improvements is the way season ticket holders are making better use of the Seient Lliure. There has been a remarkable increase in freed seats. There were 14,549 seats freed per game in the 2009/10 season and this year that number rose to 16,110. This system is clearly ensuring that more members and fans without season tickets are able to get to enjoy matches.