Lorca in our hearts

Lorca in our hearts

FC Barcelona has again expressed its solidarity with the people of Lorca. The Club did this during the celebration of the parade through the city, with a banner showing the slogan 'Lorca in our hearts' in the top part of the bus. 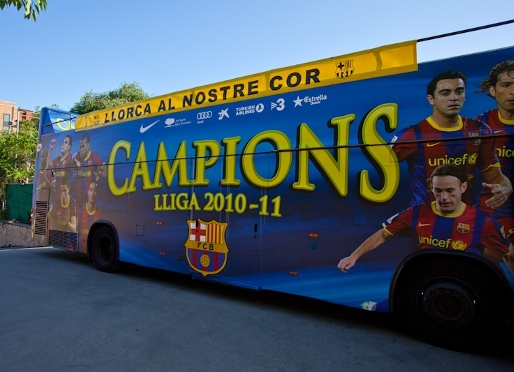 On Wednesday Sandro Rosell and Pep Guardiola were the first to express their sympathy for the victims and survivors of the earthquake in Lorca (Murcia), which killed 9 people. This Friday, it was the turn of the whole squad: a banner with the slogan 'Lorca in our hearts' was prominent on the bus that carried the champions through the streets of Barcelona.

Flags at half mast 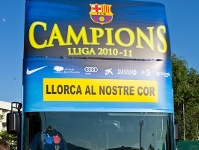 As well as the banner on the bus, the Club will join in the days of mourning in an institutional way. During this Friday and Saturday, the flags at the Camp Nou and the Joan Gamper training ground will fly at half mast as a sign of mourning..

Also, on Sunday next, before the match against Deportivo at the Camp Nou there will be a minutes silence and the players will wear black armbands as a sign of mourning. The same will apply in the basketball game on Sunday (19.00) at the Palau Blaugrana where Regal FC Barcelona will entertain Unicaja.