Rosell: “This league represents the value of effort”

Rosell: “This league represents the value of effort”

The president of FC Barcelona, Sandro Rosell, has spoken about the recently conquered league title, which he says represents extraordinary value. He stressed the “politeness, fair-play and effort” that his players have shown all season. 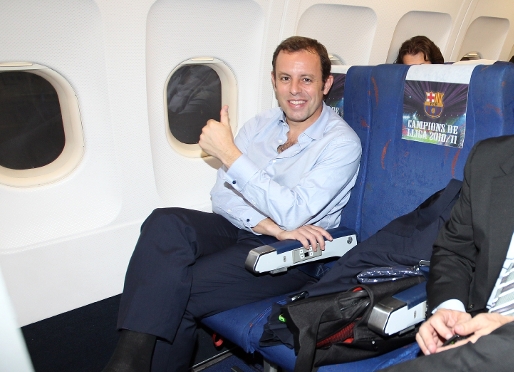 But before mentioning the league title, the Barça president had words to say about the people affected by the earthquake in Lorca (Murcia), news of which came through shortly before the game between Barça and Levante kicked off.
In his first year in charge of FC Barcelona, Sandro Rosell already has two titles. After starting the season with the Spanish Super Cup, 36 league games later and they are league champions yet again. The president spoke of “fantastic joy … the last quarter of an hour seemed to go on for a week.” 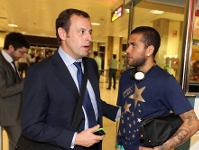 Sandro Rosell knows that it has not been an easy season, and therefore opined that “this has been the league of values … this league is of enormous value to us. It represents the value of effort, or work, of football … this team has held on with remarkable maturity.”

The president agrees with Pep Guardiola that the league is one of the most important titles. “It was our main objective because it is a reward for consistency and doing your job well.”

Asked what his fondest memory will be of the 2010/11 season, Sandro Rosell said it was “the photo of the team. Of all the players in the Camp Nou with all the fans behind … I have to thank everybody who has contributed their grain of sand … we have all rowed in the right direction.”