FCB Escola will be organising more than 25 Campuses this summer, in Catalonia, Spain and countries such as Ireland, Italy, Japan and Guatemala. More than 18,000 children are expected to take part. 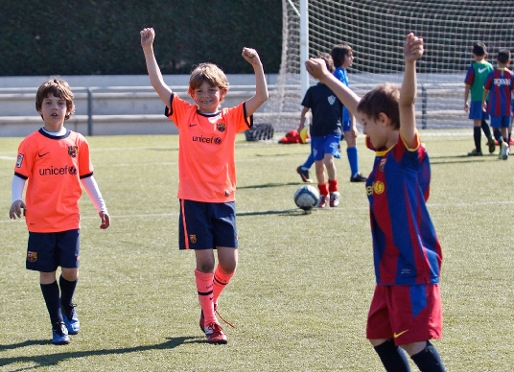 The FCB Escola Summer Campuses are great places to learn the Barça style of football and for the children there to just really enjoy themselves.

Apart from the regular coaches qualified to teach the Barça style of play, the participants will also have the chance to work with some great ex-Barça players who will be visiting the campuses, such as Eusebio, Moratalla, Vinyals, Serer, Abelardo, Carrasco or Gerardo. 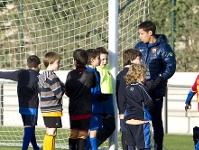 In Catalonia FCB Escola will be organising, in collaboration with the Sport newspaper, five campuses: in Barcelona, at the INEFC facilities, Atmella de Mar, Reus, Tona and Prades.

The Campus ASA and Campus Kaptiva , both aimed at North American students, will also be held in Barcelona this summer.

During July there will also be schools in La Manch, Galicia, Asturias, Alicante, Mallorca, Múrcia, Garachico and Maspalomas.

The international campuses will be held in Europe (Italy, Ireland, England and France), Asia (in Yokohama and Osaka, Japan) and America (Guatemala, Costa Rica and Los Angeles and Miami in the United States) and the participants will be able to enjoy a complete immersion in the footballing and educational values of the Club.

You will shortly be able to consult the addresses of the various campuses and register for them at www.fcbarcelona.cat and in the section devoted to the FCB Escola.