Baršaĺs roller hockey team won the Spanish Cup on Sunday afternoon, beating Reus 4-2 to take their second title of the season in a fantastic final. 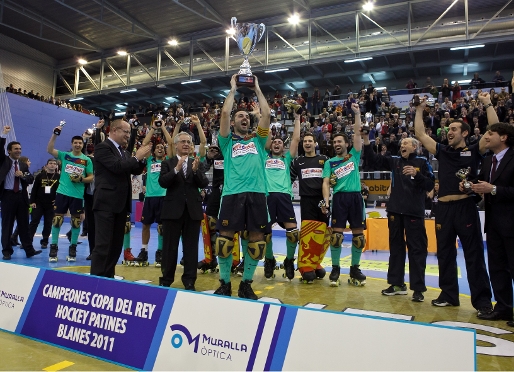 Referees: Valverde and GarcÝa
The final brought together two classics from the Spanish Roller Hockey scene and despite Tecnol Reus Deportiu’s tireless hard work, Barša Sorli Discau were always one step ahead in the game.

This was the team’s second trophy so far this season after taking the Copa Continental and it will give them a great boost ahead of the final stages of the OK Liga and their attempts to retain the European Cup. 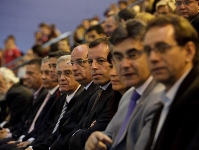 Both teams made a cautious start, only speeding up the pace of the game once they had overcome their initial wariness. Casanovas fired off an early warning to Barša with a shot that ended up between Eurrola’s legs, whilst Borregßn forced Trabal to knock away a shot with his helmet with a vicious shot.

Reus’s first great chance came when Gual was brought down in the area by Reinaldo GarcÝa, but he was unable to put away the penalty against the brilliant Egurrola. 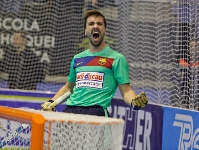 Immediately afterwards, Barša opened the scoring as Nalo rounded off a quick move by playing in Ordeig at the second post who just had to stroke it home.

Barša upped the pressure as they moved ahead, but they came up against Ra˙l MarÝn who was creating a lot of danger, culminating in the foul on him at the edge of the box which led to the penalty MarÝn himself scored to bring Reus level.

The chances were coming along now and Cald˙ latched onto a long pass to go one on one with Egurrola, who was again up to the challenge, before Trabal had to rush out of his goal in order to stop Carlos Lˇpez in a similar attack for Barša before the break. 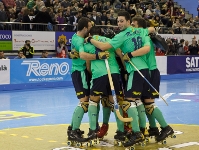 After the break, Barša Sorli Discau began to take more risks and open up. First Mia Ordeig tested Trabal, then Borregßn took the direct route and ruthlessly made it 2-1, though MarÝn completed a carbon copy equaliser to make it 2-2 soon after. The draw didn’t last long though as Torra put Barša ahead again immediately afterwards.

Pujalte was using his bench cleverly now, but a blue card for Borregßn left the team a man down for ten minutes, during which time Egurrola was superb, keeping out Reus despite two penalties and a direct hit as Barša reached ten fouls.

Reus were also suffering with fouls though and after they reached 10, Panadero saw his effort come back off Trabal and David Pßez fired in the loose ball to finish the game off with eight minutes left on the clock.