Barça Sorli Discau beat Coinasa Liceo in the first semi final of the Spanish Cup after a serious, pacey and intense performance marked by great effectiveness in front of goal. 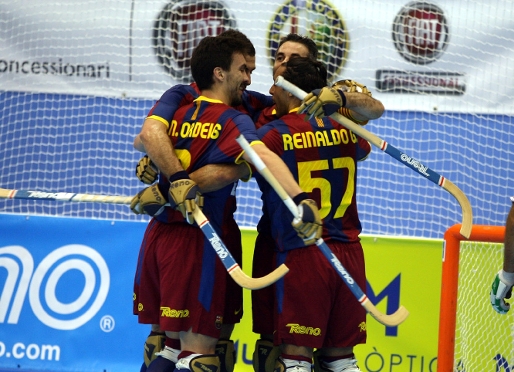 Referees: Gómez and Galán
Barça became the first finalist with a convincing 4-1 win over Coinasa Liceo, who soon found themselves behind and were never able to get back at Pujalte’s teram.

The final of this 68th Spanish Cup is set for Sunday at 15.30 at the Ciutat Esportiva
in Blanes.

Barça Sorli Discau showed the same seriousness they had exhibited against Vilanova in the quarter finals and with a strong disciplined defence they began the game at a dizzying speed: Panadero getting the first goal on 7 minutes, putting away the keeper’s parry from his own shot. 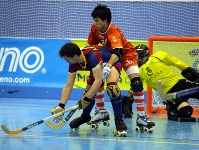 That goal just seemed to give Barça more desire for a second and Borregan made it 2-0 just two minutes later. Liceo were being made to chase the game as they tried to deal with Barça’s constant attacking and every time they did get forward, Barça’s four man defence and a super secure Egurrola dealt with any danger. Before the break, Borregán made it three when he put away a penalty given after Pablo Alvarez brought down Páez.

The only worry for Barça Sorli Discau was the number of fouls – nine , against eight for Liceo.

That number of fouls meant that Barça had to be careful, even more so once Panadero was shown a blue card that left the team a man down for two minutes, though Egurrola was equal to Pablo Álvarez’s resulting penalty. 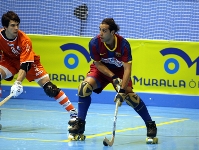 However 20 seconds later, Barça saw their 10th foul, only for Egurrola to again stand tall and turn away Barreiros’s shot with his foot. Marc Torra went one better soon after, putting away a penalty committed on Carlos Lopez, who had come on in the second half, to make it 4-0.

With the win pretty much decided, Barça took their foot off the gas and Liceo were able to get on the scoresheet when Lamas hit through a crowd of players who were blocking Egurrola’s view. Although they pushed for a third, the Barça defence stood firm, with Egurrola again to the fore as the fouls built up.

The Barça fans were celebrating now though as the team confirmed their place in Sunday’s final.