Barēa Sorli Discau fought to the end against Roncato Patķ Vic to get extra time but a penalty from Titi Roca broke the deadlock.

Roller hockey first team Barēa Sorli Discau failed to beat Roncato Patķ Vic in the Copa del Rey final, losing 2-1. Barēa had pulled back with a goal from Lluķs Teixidó after being behind but a penalty from Vic captain Titi Roca was enough for his side to lift the cup.

Vic goes ahead but Teixidó comes to the rescue 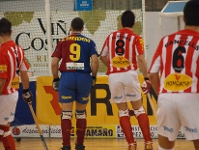 Barēa started strongly during the opening part of the game, but in the ninth minute Vic captain Titi Roca rocketed the ball into the Barēa net leaving keeper Egurrola unable to do anything. Vic then put Barēa to the test, and so Carlos López and Lluķs Teixidó came on in a double substitution. It was down to the number 17 “Teixi” to put Barēa level again with a goal from a rebound, and it was 1-1 at half time. 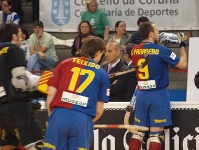 Barēa were unlucky not to score in the second half, but when an unfair penalty was given against Mia Ordeig, Vic captain Titi Roca shot the ball into the Barēa net making it 2-1. For the rest of the game, Barēa didn’t give up in trying to get a goal back, despite the constant stoppages. The keeper Egurrola was solid, and the Barēa attack didn’t let up in their bid for extra-time, but the score remained at 2-1, giving victory to Roncato Patķ Vic. 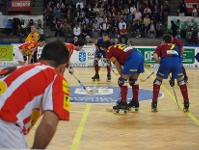