Barça Sorli Discau stayed on top of the OK Liga after playing out a goalless draw against second-placed outfit Roncato Patí Vic.

Despite the encounter being quick and intense, neither side were able to find route to goal and open the game up, although the Blaugrana did have several chances to clinhc maximum points. 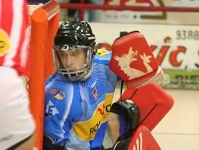 The visitors were without Carlos López, who was injured, and were facing a team that wanted to show their credentials in the race for the title. Both goalkeepers had saves to make with ‘Titi' Roca and Jordi Carbó testing Aitor Egurrola in the Barça goal.

In the second half FC Barcelona had the chance to go in front from the penalty spot, but Alberto Borregán was unable to beat Fernández in the hosts’ goal and the score remained level.

Defensive duties were being performed well, but it was Vic that were to rue a missed chance next when they were denied again by Egurrola and soon after Borregán went close with a shot. 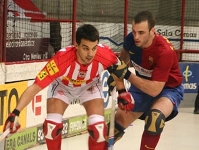