The Barcelona reserve team started work on the 2011/12 season this Monday morning. Eusebio, on his first day on the job, divided the squad in two: some worked out on the pitch and the others took medical tests. 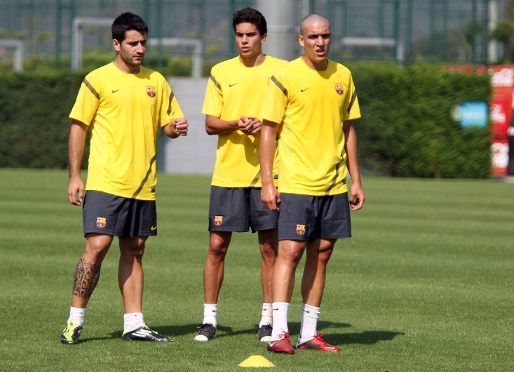 More info
Eusebio Sacristįn had his full squad at his disposal for the first time at the Ciutat Esportiva Joan Gamper. On the first day back, they trained both in the morning and afternoon. 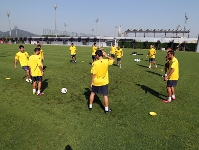 The roles were exchanged for the afternoon session. Four players were absent, namely Rafa Alcįntara, Deulofeu and Sergi Gómez, who are playing for the Spain Under 19 squad, and Jonathan dos Santos, who has special permission to extend his vacations.

After the two sessions at the Ciutat Esportiva, Barēa B will be travelling to l’Empordą to stay at the TorreMirona Golf&Spa Resort in Navata. They leave on Tuesday at midday and will train for the first time that afternoon in the place they will be staying from July 12 to July 18.