Luis Enrique to leave at end of season

Luis Enrique to leave at end of season

Andoni Zubizarreta has announced that Barça B manager Luis Enrique will be leaving the club at the end of the season. 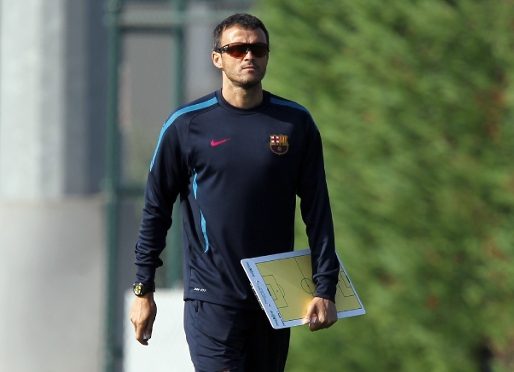 Andoni Zubizarreta also said that once the Barça B season is over, the Club will be expressing its gratitude to Luis Enrique as he puts an end to his successful period as manager of the reserve team.
The sports director for professional football, Andoni Zubizarreta has announced that Barça B manager Luis Enrique will be leaving the club at the end of the season. The coach had announced his decision on Monday and Zubizarreta highlighted “the Asturian’s desire to let the club know as soon as possible” in order for them to be able to make plans for next season. 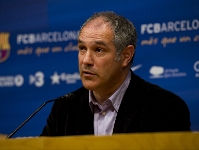 Zubizarreta was speaking along with the secretary and spokesman for the Board of Directors, Toni Freixa, and commented that Luis Enrique’s decision, despite having two more years left on his contract is because “he feels he has completed a personal and professional part of his career and would like to tackle new challenges”.

To continue doing his best

He does not think Barça B will face any problems in what remains of the 2010/11 season as a result of this. “I know him and I am sure that he won’t wane. He just wants to seek new challenges to gain personal knowledge … The reserve team’s objectives have been met.” He is sure the Asturian will “continue doing his best”.

Too soon for substitutes

Zubizarreta believes Luis Enrique’s announcement was made “out of generosity for the club” as they can now start to think about a possible replacement. But Zubi felt it is still way too early to start naming names. “First we’ll look at home, we’ll look into what we need and then we’ll have the responsibility of choosing the best coach for the 2011/12 season”.