Second Strip on sale from Tuesday

Second Strip on sale from Tuesday

The new second strip for the 2011-12 season will go on sale on Tuesday July 5th at the Club Superstore and from the official Club website.

More info
One of the surprises of the new season will be the team’s new all black second kit – a new kit that they will be wearing in both domestic and European competitions this year. The new kit will go on sale from Tuesday and will be available at the Club Super star and via the website at www.fcbarcelona.cat. 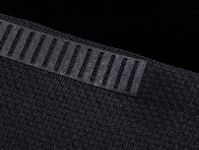 Both the first and second strips for the new season are of a contemporary design and made from recycled fabric, which will reduce the environmental impact of their production, as well as bring a number of advantages for the players because of their light weight. The new second strip is all black -shirt, shorts and socks with just a single yellow space for the sponsors Qatar Foundation and UNICEF, as well as the players’ name and number. A fine grey line from the neck to the sleeve puts the final note on this new shirt.

This is the first time that Barça will have played in black and Nike have made a bold new design for the kit, following on from last year’s spectacular green shirts, which will be retained as the third strip, 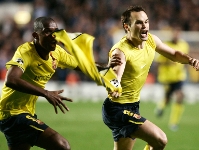 The team’s second strip has been used on a number of memorable occasions over the years, for example in the 2009-10 World Club Cup final in Abu Dhabi in 2009, when Messi scored the winning goal in the mango coloured second strip . A few months earlier Iniesta had set up the treble with his all-important goal at Stamford Bridge wearing the yellow second strip.

Following the spectacular colours of the second strip over the last few years, the fans will now have to get used to the more restrained black kit for next season.