Sandro Rosell, a year as president

This Friday is the first anniversary of Sandro Rosell’s investiture as president of FC Barcelona, the 39th in Club history. 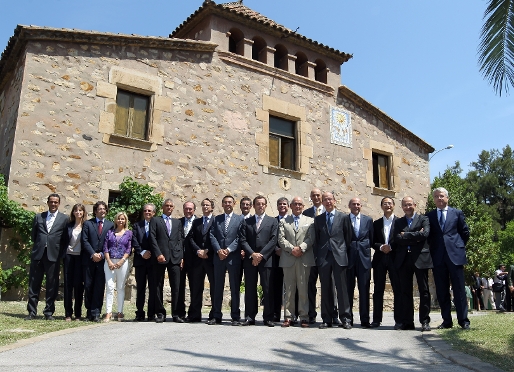 It is 365 days since Sandro Rosell was officially made president of FC Barcelona, 18 days after the presidential elections on June 13. The official takeover ceremony took place in the gardens of La Masia. Curiously, the president’s last official duty of the year was the closure of the same Masia as a residence for young sportspeople.

In his investiture speech, the new Barça president made it clear that he and his board intended to be “at the service of all members” and to do so with “full guarantees.” He expressed his commitment “to improving everything that needs to be improved … We know we have a hard act to follow, but we want to reach even higher … because we are Barça!”.

In his first year at the helm of the club, Barcelona’s football and other professional sports teams have won a record 16 official titles in a season. The football team won the Supercup, League and Champions League, the basketball team got four more (Catalan League, ACB Supercup, Copa del Rey and ACB League), there were three more in handball (Pyrenees League, Asobal League and Champions League), four in futsal (Copa Catalunya, League, Copa del Rey and Spanish Cup) and two in roller hockey (Copa del Rey and Copa Continental).