From June 30th, La Masia has ceased housing the young sportsmen who are being trained to become a part of the Club’s professional teams. In a simple, but emotionally charged ceremony, the doors were today closed on La Masia. 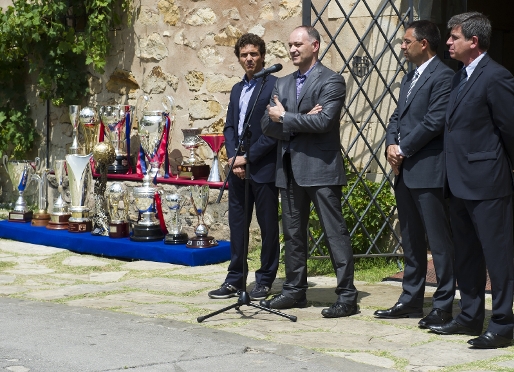 More info
At twelve noon today, La Masia closed its doors for the last time as a home for up and coming youngsters, after 32 years. Club sporting vice president Josep Maria Bartomeu, football academy director Jordi Mestre, the director of La Masia, Carles Folguera and the professional football director and ex-resident at La Masia Guillermo Amor took charge of the official closing, with the new Centre de Formació Oriol Tort at the Ciutat Esportiva Joan Gamper taking over the function of a residential centre for the youngsters from tomorrow. The 16 trophies won this season were displayed at the front door of the building for the ceremony, attended by a large number of reporters.

“This is a symbolic act as we close the old Masia. We are moving and La Masia has had the success it has had – today we are proud to show the 16 titles we have won this season and the graduates of La Masia have had a lot to do with that success”, explained Sr, Bartomeu.

Sporting success –but educating people too

Jordi Mestre insisted on the importance of the titles which the Club’s youth teams have won this year: “between the various youth and children’s teams, together with the women’s football team, we have won 19 titles. We should also stress the importance of the B team and even though they didn’t win any title, to come third in the Segona A is just as good”. 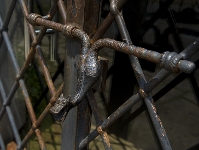 Mestre also stressed that titles weren’t the only way to measure success: “for us, the most important thing is when one of our youngsters gets into the first team. We also place great value on the fact that both the first team and the B team have won the Fair Play award”. There was also thanks and recognition for the work of the various coaches and trainers: “our mission is to educate players and people. We have to be a competitive club, but we don’t want to win at any price”, according to Sr Mestre.

This was a particularly emotive moment for two of the men at the ceremony - Carles Folguera and Guillermo Amor. The Director of La Masia is convinced that the success of the institution will continue in its new home at the Ciutat Esportiva: “we are very excited about the move. We are moving to a residential home which will be an example to the whole world because of the great possibilities it offers. It’ll mean an improvement in organising things, with the medical services which are in the Ciutat Esportiva and with the increased number of places we will be able to offer”, explained Sr Folguera. There may be a change in location, but Sr Folguera insisted: “we will continue with the same ideas and those of us at La Masia are very committed - we will be a much more important reference point for the professional teams with the bigger residence. We will be very happy if we can match success with helping to form excellent people too”.

Both Folguera and Guillermo Amor, who was one of the first residents at the Masia in 1980, thanked the then board for the decision to set up the residence. Amor also explained: “I’m more nervous now than I was when I first came in 1980. This is not an easy day. This wasn’t just a residential sporting centre for me –it was like a home. We’ll have a great new centre and we have to make sure we take the family atmosphere there with us. Naming it after Oriol Tort is a good start”.