Barça will also display UNICEF in the CL

Barça will also display UNICEF in the Champions League

UEFA will allow FC Barcelona to display the UNICEF logo on the back of the shirt during Champions League matches in the 2011/12 season. 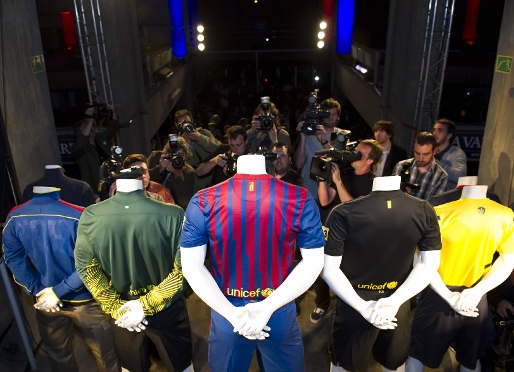 The Board spokesman, Toni Freixa, announced at a news conference this Wednesday: "As a result of our active action with UEFA, and their willingness, it will be possible that in next season’s Champions League matches we can display the UNICEF logo on the back of our shirt, and we’re just waiting for the final design".

Toni Freixa wanted to thank, on behalf of Barça, "the willingness of UEFA", the result of which will allow the image of FC Barcelona in the Champions League to continue to be associated with UNICEF.

Two sponsors on the shirt

So, Barça will have 2 sponsors names on the shirt in all three competitions: Qatar Foundation on the front of the shirt and UNICEF on the back.