Club President Sandro Rosell spoke to Barça TV after the Real Sociedad game and asked the supporters to show: “good manners and common sense” for Tuesday’s game with Real Madrid. 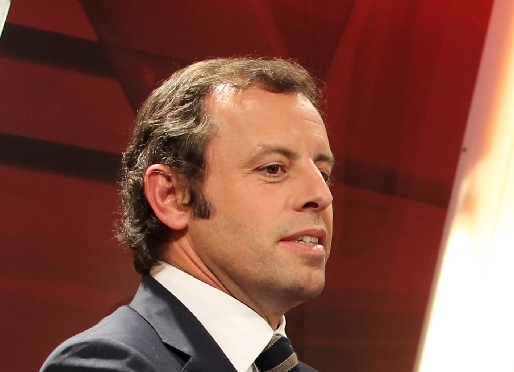 Sr Rosell made it clear that: “we are going into the second leg with a lot of caution and we are asking our fans to show good manners and common sense, as they always have done. Our supporters are a model of good behaviour and I am asking them to show that again this Tuesday, especially because all eyes will be on us. I want them to support the team, forget about all the other stuff and not get provoked as some people are trying to make happen”.

Sandro Rosell also spoke of his disappointment at the defeat in Donosti. “we started very well, but they pushed us back as the game went on. Montoya’s injury was also bad news –we’ve been a bit unlucky with injuries this season, but we have enough resources to face the run in”. The President ended on a positive note, reminding fans: “the best news is that we are still 8 points ahead”.

Rosell also stressed the good relations between the Barça and Real Sociedad fans and thanked the Real board for their reception.