Game for Peace in Sierra Leone

Game for Peace in Sierra Leone

The Fundaciˇ FC Barcelona and the Esport Solidari Internacional charity gave their support to a friendly game for peace between Sierra Leone and LibŔria, in Freetown. Both teams were made up of players who suffered amputations as a result of the war. 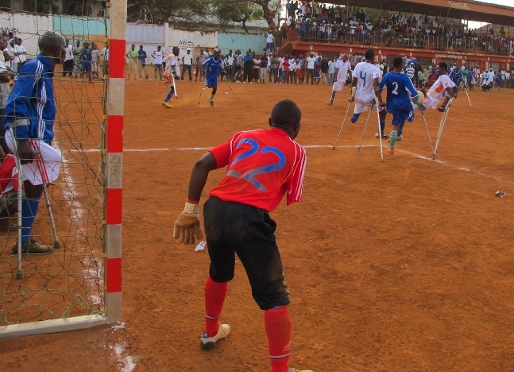 Sierra Leone suffered a devastating civil war between 1991 and 2001, which caused more than 10,000 civilian deaths and caused many inhabitants to flee the country. Liberia has recently suffered two civil wars, the last one finishing in 2003 and it is estimated that 200,000 died.
The special game was held on April 27th in the Sierra Leone capital Freetown and received the support of La Fundaciˇ FC Barcelona and Esport Solidari Internacional (ESI) and the teams were made up of players between the age of 18 and 40 who had suffered amputations as a result of the war in their countries. 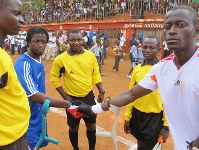 The game took place at the Briama Attouga Mini Stadium in front of 1.700 fans and Liberia won 1-0. The match was held as part of the celebrations to mark the 50th anniversary of Sierra Leone’s independence, which also included a number of activities for handicapped people.

Football as a tool for peace

Both teams represented countries who have suffered bloody civil wars, which finished in 2001 in Sierra Leone and 2003 in Liberia.

The captain of the Sierra Leone team explained “the game is a celebration. The war is now behind us and we have learnt from our mistakes. We want to have peace in our countries forever”. The opposing captain Salomon Eastman, declared: “through football, we amputees can play an important role in our countries to promote the importance of living in peace”.