On Monday, April 25, World Malaria Day, the FC Barcelona Foundation has positioned itself in favour of the fight against this disease and has unveiled a promotional video featuring players from the different sports teams at the club.

This Monday is World Malaria Day, a disease that takes the life of one child every 45 seconds and that continues to be a huge problem around the world. A fifth of the world’s population (1,200 million people) live in areas where there is a risk of transmission. 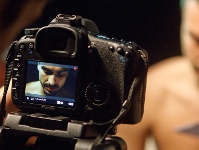 he FC Barcelona Foundation, in collaboration with the Institut de Salut Global de Barcelona, has released a video to raise awareness of the problem, produced by Barça TV. Using the slogan ‘Everybody’s help is needed to win. To eliminate malaria, too’, the video features four members of Barça’s professional sports teams: Roger Grimau and Boniface N’Dong of Regal FC Barcelona, Fernandao of Barça Alusport and Mia Ordeig of Barça Sorli Discau. The four explain how serious the situation is and express FC Barcelona’s desire to support the cause.

Every year some 800,000 people die because of this illness, even though it can be treated and prevented. 90% of these deaths happen in Africa and the disease especially affects children aged under 5 years and pregnant women. There simply aren’t enough resources to completely eradicate the disease, and the scientific community is playing an important role in developing strategies and specially designed methods to prevent the disease from spreading.