Open Letter from the President

Open Letter from the President

President Sandro Rosell addressed the Barça fans via an open letter that we reproduce in full below. 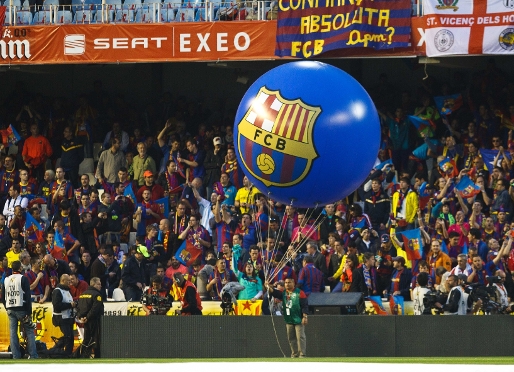 Through these lines I would like to address myself to the thousands of members, supporters clubs, and fans of FC Barcelona that travelled to Valencia to celebrate the Spanish Cup Final, not forgetting all those who were unable to do so.

On behalf of the Barcelona Board of Directors, I wish to convey our gratitude and our most sincere congratulations. Despite not winning the title, the Barcelona fans have shown, once again, an example of civilised support for their team, reminding us all of the “spirit of Basle' and the common sense and enthusiasm of the Catalan people.

Thanks to you all, we have strengthened the overall image of our Barça, always committed to civility and zero tolerance towards violence, an essential value and a management priority for our club. On Wednesday we played our 35th Cup Final, 25 of which have led to the Trophy travelling to Barcelona. If so many times
FC Barcelona fans have shown how to win and celebrate our trophies, then on Wednesday we showed that, in defeat, we are also champions.

The pride of belonging to this great family unites us and we will continue to strengthen.
We face this final stretch of the season with the satisfaction of those who know that our coaching team and our players are doing an exceptional job with illusion for what remains ahead. Within a few days we’ll be playing with 2 titles at stake, the League and
Champions League, and our team will need maximum support. I am convinced that we will not fail them..