Foodstuff collections as part of the “Sweep away Hunger” campaign were held this Saturday at the Nou Camp and the Estadi Lluís Companys and the Barça family showed its commitment to solidarity. 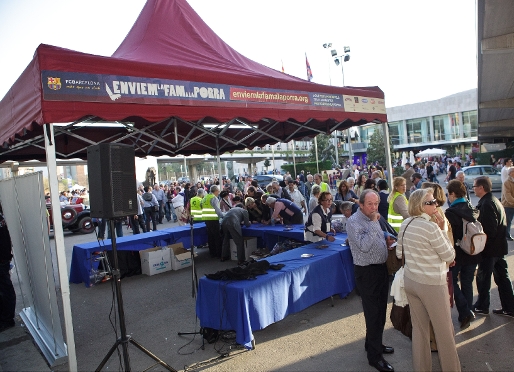 The campaign is sponsored by Pastas Gallo, Arrňs Montsiŕ, Oli Borges, Sorli Discau and Llet Nostra and also has the support of The Love Comes Foundation.
More than 20,000 people made a donation to the campaign on Saturday as collection points were set up at the Estadi Luis Companys and the Nou Camp ahead of the Heineken Cup quarter final and Barça’s game against Almeria.

Foodstuffs moved to warehouse of the Banc dels Aliments 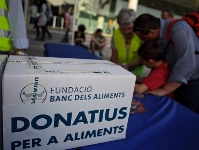 In a marvellous display of charitable action, the fans donated hundreds of packets of rice, pasta, milk, oil and so on at the collection points set up by volunteers from the Fundació Banc dels Aliments, who then delivered the foodstuffs to the central warehouse of the organisation. A number of people also made donations in money, which the Fundació FC Barcelona will use to buy foodstuffs with to help the most needy families in Catalonia.

Donations can still be made 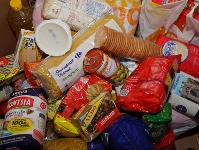 Although there will be no more collections, the campaign continues until the Spanish Cup Final on April 20th and you can still make a donation, and take part in the sweepstake for the prize of a dinner with ex-Barça players at La Masia, at www.envienlafamalaporra.org, where you can also consult the total amount of foodstuffs donated so far.

The campaign arose out of the Fundació FC Barcelona’s concern for problems which directly affect Catalan society. There are currently 1.325.000 people living below the poverty line in Catalonia and the Banc dels Aliments de Catalunya helped 52.000 families in 2008, 90.000 in 2009 and 165.000 in 2010 – a figure which continues to grow and underlines the need to support the Banc’s efforts to enable it to continue its important social work.