FC Barcelona’s basketball team have now chalked up 16 league titles, 14 of them coming since the ACB league was re-founded in 1982. Regal Barça have shown their supremacy and are the team with most titles in the current format. 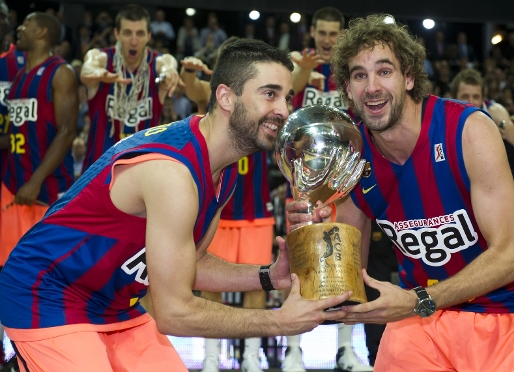 Fourth title of the season

Following their victories in the Lliga Catalana, the Supercopa and the Spanish Cup, Regal closed the season by winning four of the five titles up for grabs. The ACB title was a fitting end to another great season despite the several injury problems they have suffered and the defeat in Europe to Panathinaikos.
A perfect playoff series in which the team again demonstrated that they can get to the business end of a season in perfect condition and full of desire, rounded off an excellent year in which the team won the ACB title that escaped them in last year’s excellent campaign. Unicaja(2-0), Caja Laboral (3-0) and Bizkaia Bilbao Basket (3-0) all failed to win a single game off Xavi Pascual’s team in the play offs as they cruised to their 14th modern ACB title to add to the two won in 1958/59 and 1981/82.

Real Madrid have won 30 in all, but just eight since 1982, whilst Caja Laboral are the third best team with three ACB titles. 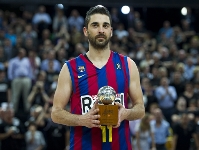 Although Basile and Pete Mickeal have not taken part much this season, they still count as winners and it’s the second for the Italian and the third for the North American, having won twice with Barça and once previously in 2007/08 with Caja Laboral.

Xavi Pascual won his first title in his first season, when he was in charge for eight months, beating Caja Laboral and taking the title in the fourth game at the Palau.

This year Pascual has taken his second title, winning the regular season for the second year on the run and maintaining a high level throughout the campaign, finishing off the play offs unbeaten and giving the Catalan his second ACB win.