On September 30, on occasion of the FC Barcelona match in Gijón, the supporters clubs in Asturias held their XVIth Meting. 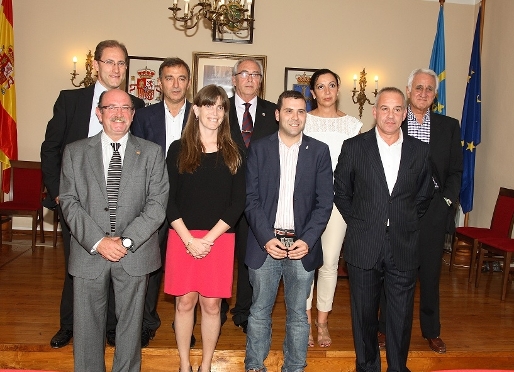 More than thirty supporters clubs met on Friday September 30 in the Asturian town of Cangas de Onís for the meeting of supporters clubs from the region. The Peńa Barcelonista Don Pelayo in that town was the organiser of an event that this year is celebrating its sixteenth edition and was also there to celebrate the fifth anniversary of the host club. 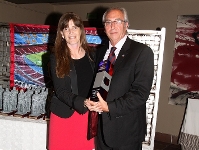 The director and treasurer of FC Barcelona, Susana Monje, travelled to Asturias to represent the club at such an emblematic event just two days before Guardiola and his team were due in Gijón. There were also a number of personages with close links to the region and to FC Barcelona in attendance, such as Sergi González, director of the Social Commission and secretary of the FC Barcelona Foundation, former players Julio Alberto Moreno and Iván Iglesias, and also the delegate to the Supporters Clubs Advisory Council for Asturias and Cantabria, Matías Álvarez.

Visit to Sanctuary of Covadonga and Supper

The events began with a floral offering to the Virgin of Covadonga, a sanctuary located about twenty minutes from Cangas de Onís. Later, at Finca Villa María, the celebration supper for the XVI Meeting of Asturias Supporters Clubs and the V Anniversary of the Peńa Barcelonista Don Pelayo got under way. The aperitif was enjoyed with background music from a group of bagpipe players who thus welcomed in the most important moment of the day, which was attended by some 150 supporters club members.

When the supper was over, the president of the Peńa Barcelonista Don Pelayo de Cangas de Onís, Emili Argente, and club director Susana Monje presented the people in attendance with a souvenir. During the speeches, former players Iván Iglesias and Julio Alberto Moreno gave thanks for the wonderful reception they had received from the people of Asturias. Sergi González also had some words of thanks. Finally, Susana Monje encouraged everybody present to continue lending their support to FC Barcelona teams and congratulated the Asturian supporters clubs on the excellent work that they are doing.