FC Barcelona prepare to take on Valencia this weekend in la Primera and there will be three youngsters in the Blaugrana youth ranks with an even keener interest in the game than normal.

Rubén Rochina, Pepe Palau and Alejandro Grimaldo were all born in the Valencia region and all began their fledgling careers with Los Che before being tempted to head north to Camp Nou

The oldest at 19 is Rochina who arrived at Barça in 2004 when he was in his second year at infantile level. Technically gifted the left-footed striker is a natural goalscorer who now plies his trade in la Segunda A with Luis Enrique’s Barça B side.

“It will be very special for me,” he explained. “My heart will be split and I just want the best team to win.” 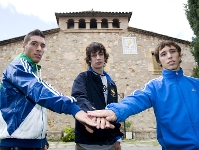 Pepe Palau is 18 and in his fourth season with FC Barcelona after joining in 2007. A central midfielder with a great presence, he can switch between defence and attack with ease. The Juveníl A starlet competes for a place in the team with Rafa Alcántara, Gustavo and Javi Espinosa.

The youngest of the trio is 15-year-old Alejandro Grimaldo who plays for the Cadete A side. This is his third campaign with the Blaugrana as a full-back after spending his formative years with Valencia as a winger. Grimaldo told Barça TV recently that he chose to join Barça “because I saw more options to try and earn a place in the first team here”. 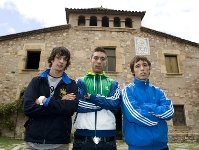 Manuel Agudo, known as Nolito, also played in the youth ranks for Valencia. The forward left to rejoin his previous side Sanluqueńo and then spent two seasons with Écija before signing for Barça.