A Javi Soria goal in injury time defeated a Barça B side that had clearly been the better side in a second half in which Sergi Roberto was ordered to retake a penalty and missed it. 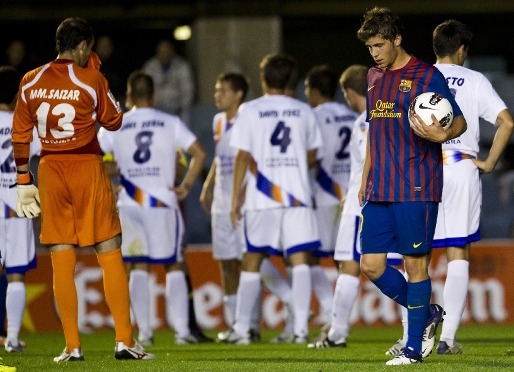 Barça B are still winless at the Miniestadi, where they have only managed one draw in five games.

No reward for possession

Barça B usually manage to exchange their possession of the ball for goals, but that was not the case against a Guadalajara side that defended well in the first half and refused to leave any space for Eusebio’s side to generate danger. Nevertheless, Isaac Cuenca, Rodri and Lobato could all have scored in the first quarter of an hour, but it wasn’t to be.
Aníbal makes his mark

Guadalajara had barely come close to the goal defended by Oier Olazábal, but looked dangerous when they did. In the 36th minute Aníbal broke the deadlock with a scorcher after beating Armando down the left and scoring with a shot that was more of a cross. Isaac Cuenca could have levelled affairs just before the break, but Saizar intervened. 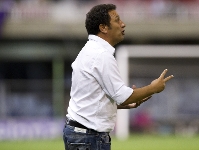 Barça may have struggled to get the ball moving in the right direction in the first 45 minutes, but that was anything but the case after the break. Deulofeu and Espinosa came on to up the pace a bit and the goalscoring chances started flowing, with Isaac Cuenca and Sergi Roberto continuing to look impressive. And it was the latter who finally equalised the game in the 67th minute after pouncing on a rebound off keeper Saizar following a free kick.

With 15 minutes to go, Moreno brought Rafinha down in the area. Sergi Roberto converted, but the referee ordered it to be retaken because some attackers had encroached into the area. The second time, Saizar guessed right and the game remained level.

That was not the end of the bad luck for the home side. Two minutes into injury time, in Guadalajara’s only attack of the second half, Javi Soria sneaked the three points for the visitors.