Barça Regal won their opening Euroleague fixture at Olimpija Ljubljana, a game they controlled from start to finish. Huertas (17 points) and Mickeal (15 points) led the scoring. 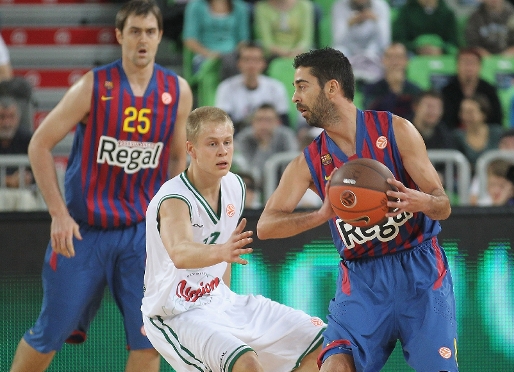 Referees: Rocha (FRA), Sahin (ITA), Nuran (TUR)
Barça Regal has passed the first test on the road to Istanbul, venue of the Final Four this year. There’s a long way to go, but with wins on the road like this one at Ljubljana, then the omens are good. 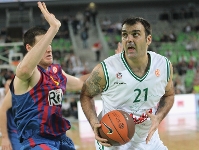 Up against names like Ratko Varda and Danny Green, Barça Regal were going to need to produce their very best basketball to get off to a winning start on their European campaign. Pascual opted for defensive strength, and Marcelinho Huertas and Boniface Ndong both showed they knew what was required, supported by Lorbek, returning to his home country. Saso Filipovski was already calling for a timeout at 2-9.

Not that the Slovenians got any more dangerous after that. Navarro banged home two straight threes and Huertas made it 15-24 at the end of the first period. Barça Regal were in control, but Olimpija didn’t slack, but even as they gained confidence, the sheer perfection of the Barça machine was too much for them. It was not long before the Catalans were leading by eleven (30-41).

Marcelinho shines and Pete Mickeal back 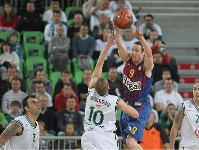 The second half brought more of the same. Marcelinho and Lorbek started with a 0-4, although Olimpija were able to match that fairly rapidly. Pscual quickly called a timeout and two more triples from Eidson and Navarro and a fine recital from the Huertas-Vázquez partnership saw them extend their lead.

But Olimpija still felt they had a chance and did all they could in the final period. That was when Pete Mickeal really burst into action, scoring 10 of his 15 points in the final ten, a mark that was only beaten by a brilliant Huertas (17 points, five rebounds and eight assists for an evaluation of 27).