Pau and Marc Gasol are returning to train in the Palau Blaugrana under orders of Xavi Pascual. The younger of the two brothers will be rejoining Barça Regal on Tuesday evening and Pau will be here on Thursday. 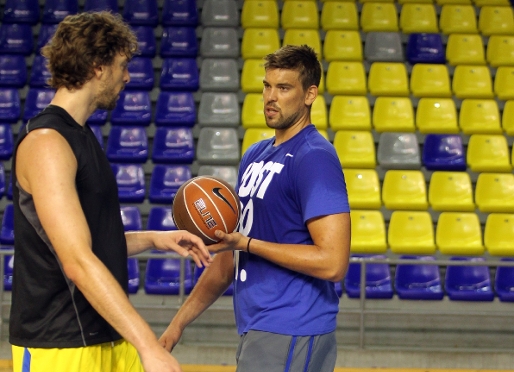 The LA Lakers star is still nursing an ankle injury sustained at Eurobasket 2011 in Lithuania and will therefore be joining the training sessions later.

The good relations between the two players, FC Barcelona and the Barça Regal coaches have made it possible for the pair to train with Xavi Pascual while the NBA is on hold because of the lockout.

This will help increase the level of Pascual’s training sessions, and will ensure that the two stars remain in peak condition while the NBA remains inactive.