Regal have clinched the ACB League after winning game three of the final series at Miribilla. Xavi Pascuals side won a gripping game to win back the crown they lost last year. 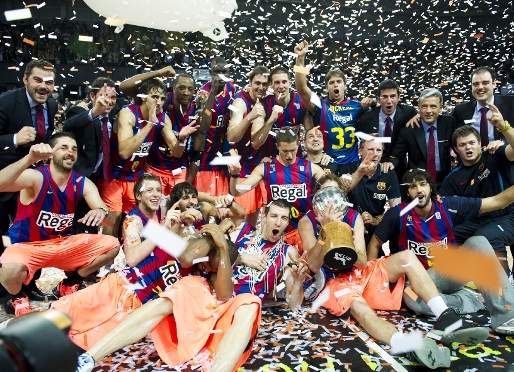 After missing out on the Spanish title following a perfect season a year ago, Regal BarÓa are champions of the Liga ACB once again after winning at Miribilla and sweeping every series of the play-offs. 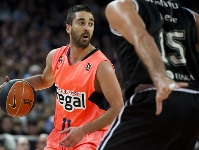 As the teams came out, it was clear this was going to be a tough game for the visitors. Miribilla was ready to get behind their team and almost everybody was decked out in the team’s black colours. The atmosphere was frightening intense, even intimidating, but BarÓa overcame such adversities to win the title, the sixth for Navarro, who was also named MVP, the second for Xavi Pascual, and the first for Ricky and Anderson. Also making huge contributions to this title were Sada, Boniface Ndong, and a spectacular Fran VÃzquez in what has been a genuine team effort.

As expected, the Basques came out strong, with Aaron Jackson who scored the first basket, and Mumbrº leading their charge. The Catalan started brilliantly, getting 9 of his side’s first 13 points. From the outset, everything indicated we had a classic encounter in store.

The home side won the first period 19-12, with Regal BarÓa’s 3-pointers particularly weak, but they made up for that in offensive rebounds, with Sada and N’Dong coming in from behind to great effect. A 0-7 streak got Barcelona back in the hunt, but the all-blacks then shut the Catalans out for 4 minutes and a 6-0 streak made it 25-19.

Barcelona’s 3-point rate remained appalling (0/10) until Navarro finally found the target on their eleventh attempt. Two from N’Dong then finally put FCB ahead just before the break 29-30. They had bounced back by winning the second period 10-18, and the title was back in sight. 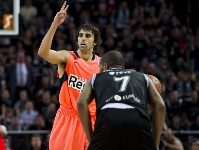 The second half started with BarÓa edging five ahead (31-36) and then Navarro appeared to stretch that to eight (33-41). Bilbao responded with a straight six from Jackson, and the previously stunned Miribilla was suddenly back on its feet.

But once again BarÓa conjured up a response. N’Dong and Navarro contributed well, but as the game went into the last ten, it was all still wide open (47-48). Anderson got his first to start the final period, but late oncomer Vasileiadis then got his side back in front at last (51-50). BarÓa were still scandalously dominating the rebounds and Navarro took advantage of that to put his side back on top. As the game went into its final throes, Regal BarÓa clearly did a better a job of controlling affairs, and the experience of such players as Lorbek made all the difference despite the efforts of the likes of Mumbrº and Hervelle. As matters drew to a close, BarÓa were simply better, and ultimately took the title after an incredible postseason.