Regal FC Barcelona destroyed the revelation team of the season, Blancos de Rueda, from Valladolid, in a very solid game. Xavi Pascua’s team recovered the good feelings, and also the lead in the ACB, on their own. 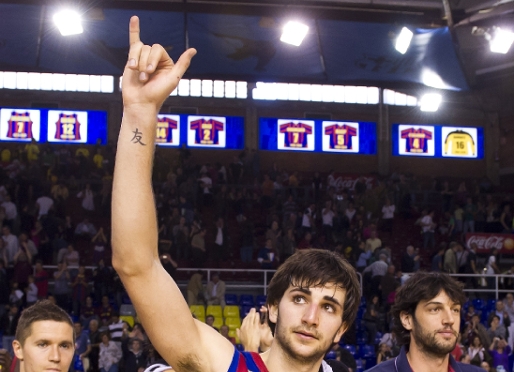 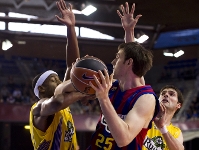 Goodbye to the bad luck. Regal FC Barcelona, after 4 consecutive defeats, and 5 in recent matches, including their painful elimination from the European Final Four, needed a change of chip, the spark that might change everything. Blancos de Rueda were the victims of a very good Regal Barça display. Xavi Pascual’s team played a fine game, with a high level of concentration, and beat a willing rival who very early on ran out of options.

Regal Barça went onto the court with the right mentality. No concessions, and to win from the start with their principal values intact. Strong at the back, picking up rebounds, running with the ball at the least opportunity and successful in their shooting. The defeat by Madrid the other day also spurred on the team, knowing full well that a win over Blancos de Rueda would allow them to regain top spot in the ACB. 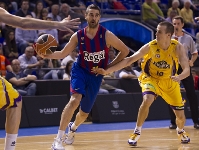 In the 12th minute of the game, 8 Regal Barça players had scored points, a symptom that only with the whole team pulling together would we see the best of them. Blancos de Rueda, with nothing to lose but with the illusion of making it into the top 8 at the end of the regular season, tried to cope, but their clear inferiority under the hoop and the high rhythm of the home side, stopped them in their tracks. Regal FC Barcelona, led by an inspired Ricky, closed out the first quarter with a clear 24-13 lead.

The intensity of Pascual's team didn’t drop at any time but the shooting accuracy let them down a little for a few minutes at the start of the second quarter.