Joe Ingles is one of those players are hard to find in the market. To his open and extrovert character we can add the fact that he has the mechanics of a very special shot. 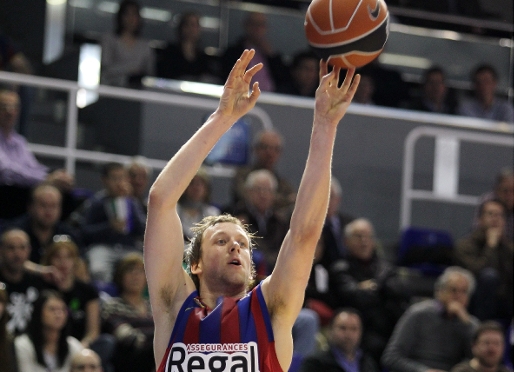 Ingles was, along with Alan Anderson, one of the two incorporations that Pascual was forced to sign due to the avalanche of
injuries suffered by the team (Basile, Mickeal and Navarro) in the first phase of the season. With Granada, Ingles had already shown signs of his true quality, playing his best game of the season against Regal FC Barcelona. That day he didn’t go unnoticed to Pascual, and a few months later he made his debut in a Barça shirt.

In the 20 matches that the Australian forward has played with Barça, his
percentage from the 6.75m line has improved. Ingles made his debut in the Palau against l’Assignia Manresa. That day, the Australian presented his credentials with a 4/6 from the 3 point line. Since then he’s scored 21 from 44 attempts.

In Granada, a different role 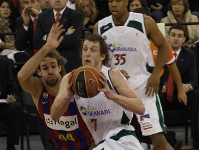 In his previous team, it’s true that Ingles scored his best 3 point percentage in one game. It was in game 15 when CB Granada were at home to Caja Laboral. That December 30th, the Australian forward finished with 6/8, a 75% success rate. However, in CB Granada his role was completely different, as he averaged over 35 minutes per game (he played 40 minutes against Baskonia) whilst with Regal FC Barcelona he’s only played 16 minutes per game on average in the ACB.