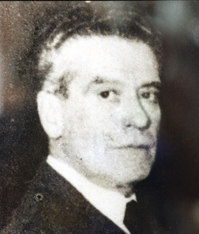 After the Civil War the Franco regime ordered the creation of another management committee to take charge of the running of Barcelona Football Club. Dr. Joan Soler agreed to head this committee and, on 6th May 1939, he became the first President of the Club in the new era which began after the war.

The directors who helped Soler in the difficult task of relaunching the Club were men who had already worked for Barça; men like Jaume Guardiola, who took on the role of Vice-President and Joan Bargunyó, who acted as Secretary. However, on the new Board there were also three directors chosen by the regime, whose job it was to exercise strict control over all activities of Barcelona Football Club. The degree of scrutiny to which the Club was subjected was so extreme that the police even opened a specific file for spying purposes.

Even in these difficult conditions Joan Soler tried to run the Club with certain objectives in mind; the recuperation of lost members -membership having dropped to 3,500, the reopening of the ground in Les Corts, the reorganisation of Club administration and the rebuilding of the squad. With regards to this last objective, the Barça President strengthened the youth programme and brought in the first manager after the war - Josep Planas-, a home-grown trainer with great knowledge of Catalan youth football.

After being in office for one year, the Spanish Olympic Committee and the National Sports Council decided unilaterally to relieve Joan Soler of his post at the head of Barcelona Football Club and, on 13th March 1940, put in one of their own men: Enrique Pińeyro, Marquis de la Mesa de Asta, a man who was totally in accord with the regime.