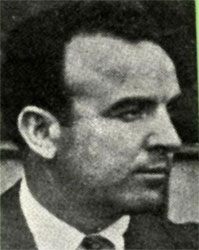 Enrique Fernández returned to the Club for the 47-48 season after retiring from play after a serious knee injury.

Its first year with the Uruguayan coach was very successful for Barça given that they won the League at the last moment. The following season, they won the title again, on the last day of the season, leaving the Valencia team behind. In the 1949-1950 season, the team won the first edition of the Latin Cup against the champions of Italy, France and Portugal. They came fifth in the League, which caused followers and players to lose faith in him. He was finally dismissed and Daucik took over.