Until recently, basketball experts considered Vķctor Sada to be a different kind of player. He is unusually versatile. Sada could be described as the intangible man. 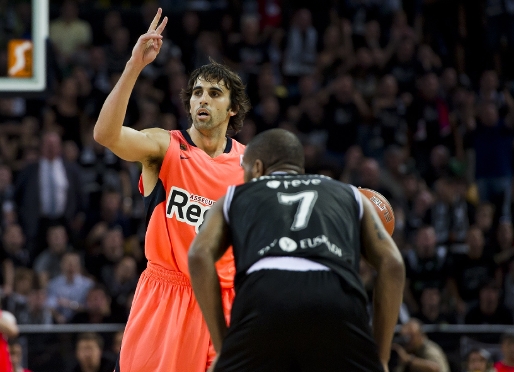 His stats this season

Average assists: 2.2
If anybody had any doubts about him, they have been proved wrong. Sada is as hard-working a player as any team could ask for, to the extent that he has now received international recognition in the form of a call-up by Spain coach Sergio Scariolo for the European Championship in Lithuania.

The man who took the number 8 shirt from Jordi Trias has improved season after season, but it was in this 2011/12 season, and especially the final matches (23 minutes on average), when he really made the big time. His versatility is his greatest virtue, for he can grab rebounds (4.9 average in the eight play-off matches), provide assists and also act as the central playmaker.

Leader on and off the court 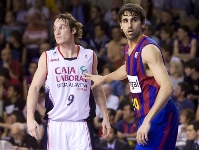 Vķctor Sada is an extrovert who helps a lot with the bonding between the players. He shows nothing but concentration on the court, but off it he is very much the joker in the pack. And he is also a born leader, another of the reasons why he is such an important part of Xavi Pascual’s plans.

This is his third season since he first emerged at Akasvayu Girona, and in that time he has enjoyed winning the League title. But Sada is much more than statistics. He also offers intangible values. There are few players in the ACB that can move the ball on the paint like he can, and he has a huge jump, which enables him to perform spectacular defensive actions and score seemingly impossible basket.