The Alpujarreńa and Albense supporters clubs unveiled their plaques in the build-up to the game with Sevilla last Saturday. 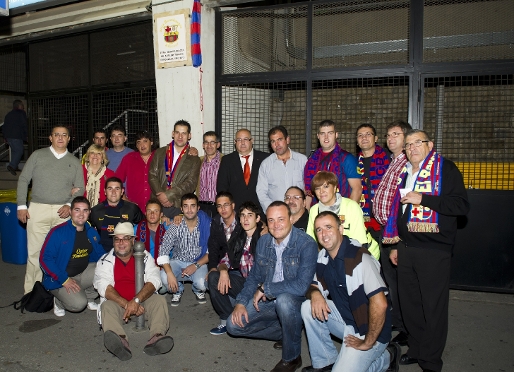 Photo: FCB - Ŕlex Caparrós
Two supporters clubs were celebrating on Saturday as they became part of the huge family of supporters clubs that have their plaques on the façade of the Camp Nou. These were the Peńa Barcelonista Albense d’Alba de Tormes 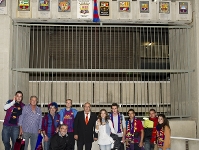 In front of twenty people, Manel Costa, director of the Supporters Clubs Commission, unveiled the plaque for the club from Salamanca, along with the president of the supporters club, Nicasio Barjola. From now on, the club’s name will appear over Gate 105 by the North Goal.

By the North Ramp of the Lateral Stand, the ten members that had travelled up from Instinción were able to see the crest unveiled in honour of the Peńa Barcelonista Alpujarreńa. Manel Costa and Francisco Payan, the president of the supporters club, did the duties.