Eduard Coll attended the XXII Meeting of Vallčs Supporters Clubs, which was held this year in Caldes de Montbui. 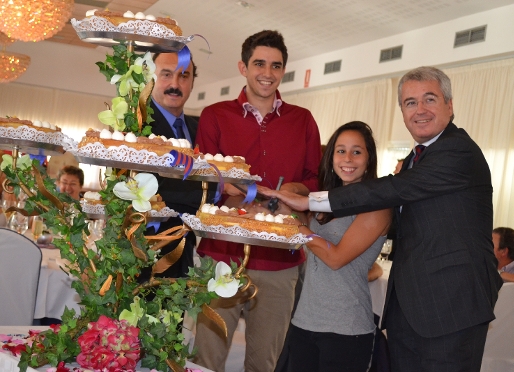 On October 12, the Penya Blau-Grana de Caldes de Montbui, on occasion of its 35th anniversary, hosted the Meeting of Vallčs Supporters Clubs. The President of the Social Commission for Discipline and Director of the Social and Sports Area, Eduard Coll, was there in representation of the Club.

The events began in the Sala Noble de Can Rius, where the authorities were received, who included the Mayor of Caldes de Montbui, Jordi Solé, the Delegates for the Advisory Council for Vallčs East and West, Antoni Guil and Joan Giménez, and the president of the Caldes Supporters Club, Jaume Coll. They then presented the commemorative plaques of the meeting.

After that, the President of the Penya Blaugrana Montornčs del Vallčs, Daniel Fabregat, organiser of the previous meeting, presented the Standard for the meeting to Jaume Coll. This was, as ever, an especially emotional and emblematic moment, which was ended with a performance by pupils from the Escola d’Arts Escčniques Stage. 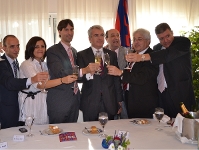 The event was attended by more than 20 supporters clubs from both the East and West of Vallčs, for these meetings combine representatives from the two official zones. More than 150 people travelled to the Balneari Termes Victňria for the commemorative dinner, which was also attended by former first team player and member of the Barça Veterans Group, Joan Torrent.

There was also a tribute to different people associated with sport and FC Barcelona that are particularly related to this part of the country. Different people that have contributed to the board of directors were also officially recognised by the supporters.

The evening ended with the traditional speeches, and then the cutting of the birthday cake to mark the final moment of this year’s Meeting of Vallčs Supporters Clubs.