Jordi Murillo Miquel, the vice-president of the Begues SC and Vicenç Notari Aries, president of the Martorell SC, are the two candidates for the Baix Llobregat Supporters Clubs Consultative Committee.

It was announced on 9th October that candidates for the Consultative Committee would be accepted until 25th October.

Voting will take place from 10 am to 8 pm on Thursday 29th October in the Paris Room in the Camp Nou. 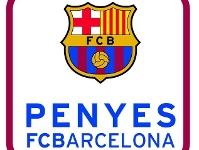