Barça in the Americas

Barça in the Americas

On September 8, the first FC Barcelona supporter’s club in Uruguay was inaugurated. The Penya Barcelonista de Montevideo “Héctor Scarone” is the 27th supporters club we have in the Americas.

The inauguration of the Penya Barcelonista de Montevideo “Héctor Scarone” was organised at a historic venue, none other than the Estadio Centenario. The home the first ever World Cup Final was also the stage for this emblematic FC Barcelona occasion.

The event was attended by Carles Murillo in representation of FC Barcelona, the club’s director of the Statutory Economic Commission. Murillo reminded listeners of some of the great Uruguayan players that have played for FC Barcelona in the past and thanked the club for inviting him to such a homely event. 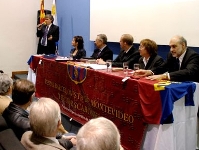 Héctor Scarone spent a fleeting time at Barça in the 1925-26 season. He was signed from Nacional de Montevideo, playing 9 games and scoring 6 goals. He is considered one of the finest Uruguayan footballers ever, and the best in the world at the time. He was Barça’s first ever truly big name international signing, being an inside forward of exceptional class, with amazingly accurate passing and a powerful shot. 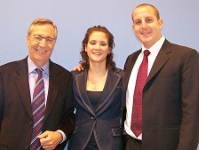 27 supporters clubs in the Americas

There are thousand of Barça supporters in both North and South America, and this is reflected in the large number of supporters clubs dotted around the two continents. They are in Venezuela (3 clubs), Argentina, Cuba (4 clubs), Costa Rica, Dominican Republic, United States (3 clubs), Guatemala, El Salvador, Panama (2 clubs), Brazil (2 clubs), Peru (2 clubs), Chile, Nicaragua, Canada, Honduras, Mexico and now Uruguay.