Three signings who will fit together

Three signings who will fit together

They bring a range of different abilities, but that’s what makes them compatible. The starting five in any of next season’s games could include all three of them.

It’s the sign of a star that they can perfectly cover the needs of the group and Lin, Torras and Wilde, with their different profiles, look to be great signings to strengthen next season’s team. 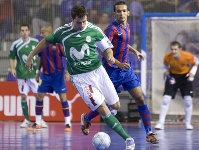 The strength that the Catalan Jordi Torras, signed from Inter Movistar, can bring a bit of consistency to the team which is much needed after the departure of PC. A great defensive reinforcement for what has been the best defence in the league over the last two years.

Torras also likes to get up in the goals as well though, even if his main job is to set up fellow players to score. His goals tend to be spectacular and come through his strong long distance shots - a real specialist in long distance goals who will help to break open packed defences. 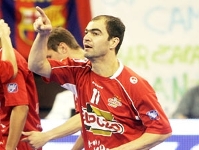 However, it’s Wilde, who will be taking over the goal scoring duties for Barça 2010/11. The leading scorer in the Divisió d’Honor for the last two seasons, Wide, signed from El Pozo, is a real goal poacher and a great shot.

Together with Fernandao, he will form one of the most frightening attacking duos in the competition. The competition for a place between the two should help the team, with Wilde able to drift out wide and Fernandao as a reference point up front with his back to goal. 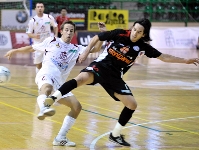 Lin is probably the most skilful of the three – he is explosive, skilful and daring and although he is only 24, he’s been playing in the Divisió d’Honor for the last six seasons and became the leader of the Caja Segňvia in the last few seasons.

He will be able to take advantage of the spaces which Fernandao and Wilde will be opening up as opponents man mark them. He is a specialist at coming in at the back post and his speed puts him alongside other squad players such as Saad and Igor to make him a big threat in counter attacks. 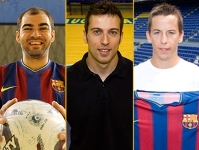