An official photograph of the residents of La Masia has been taken for the last time outside the emblematic building next to the Camp Nou. The next picture of the residents will be at the new Masia in the Ciutat Esportiva. 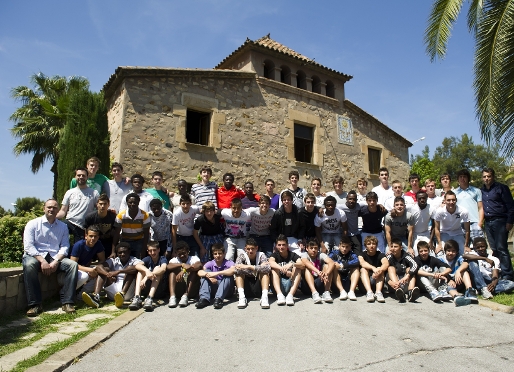 The 2010/11 photo is therefore a historic one of the last group of people to live at the traditional home of La Masia.

The youngsters that live together in this building in the hope of one day breaking into the first team have posed for the traditional group photograph, which will go on to form part of what are always fond memories of an intense but unforgettable time. 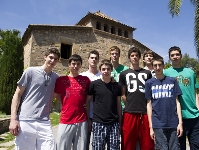 But this season, this was no ordinary picture, for as its director Carles Folguera said: “next year we’ll be taking this photo at the new Masia in the Ciutat Esportiva Oriol Tort Training Centre, and to be honest, we’re all looking forward to that moment”.

He added that “the desire to find out what the new home will be like helps overcome the sadness of having to leave such an emblematic building … The change will be good for everyone, as we gain modernity, comfort and space and we hope we won’t have to miss the warmth of the current Masia”.

At the start of the 2011/12 season, all of the residents’ activities will be centred on the new Masia in the Ciutat Esportiva.

But it is not just potential football stars that live at La Masia. There are other sports players too, and especially basketball players, and these young talents also gathered for a photo that will just as special for them.