Before the end of 2011, FC Barcelona, via its FCB Escola soccer schools, will have organised a total of 5 training campuses in London, in which some 1,500 young Brits will be coached in the BarÁa system. 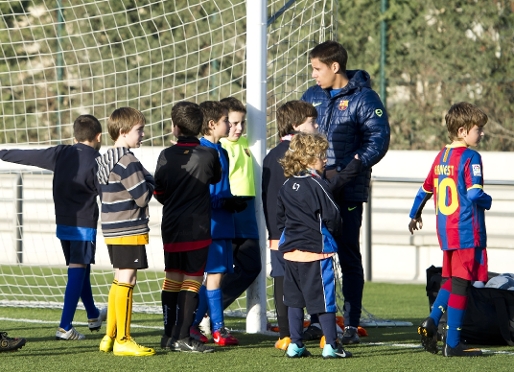 The FCB Escola international schools do not cost the club anything, and work using the same methodology as that used by the FCB Escola in Barcelona, and always feature at least one Catalan coach. All expenses are covered by the host partner. The main aim of these schools is to provide integral training to the pupils, with social and human aspects also forming part of the scheme.
The agreements were closed this week to coincide with the game between Arsenal and BarÁa. Julio Albert, and Xavi Marcť were responsible for signing the deal and visiting the facilities where the campuses will take place

At Easter, from April 18 to 22, the FCB Escola will be holding the first English campus at the ACS International School Cobham, for boys and girls aged 6 to 14. 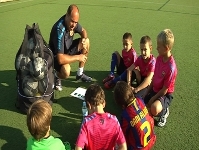 FC Barcelona will be in charge of all of the coaching, with five FCB Escola coaches from Barcelona working alongside ten British coaches that are already versed in the BarÁa system. The experience should be a positive one for everybody, and there are plans to set up a new FCB Escola in London along similar lines to those that are already operative in such places as Japan, Hong Kong, Kuwait and Dubai.