The new Barça B player passed his medical on Friday morning and declared that it’s a "unique" opportunity, coming to Barça, and says he hopes to "take full advantage of it". 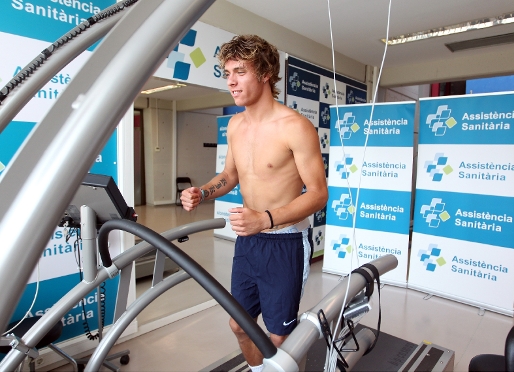 Kiko Femenía landed on Thursday in Barcelona, and this Friday passed the medical tests. The doctors gave the OK on Femenia’s physical condiction, and he will join Eusebio Sacristan’s team in the coming days.

The player from Alicante, the second signing for the B Team, following Sergio Lobato, passed a series of tests at the Hospital de Barcelona and then went to Barça’s Medical Services around 11.00.

Femenía underwent blood and urine tests, as well as certain scans to confirm that his joints are in perfect condition. Subsequently, he passed the stress test.

Femenía also admitted that one of the best memories he has had as a player was "having played at the Camp Nou last season with Hercules". With regard to his signing he said that "for me it’s a unique opportunity and hope to take full advantage of it."