Barça B’s second consecutive season in the second division will start away to Huesca. Eusebio’s first home game as coach will be against Vila-real B. 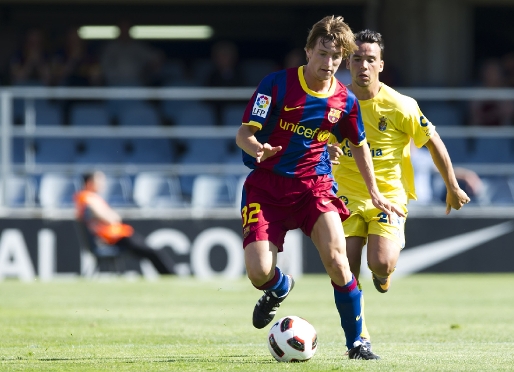 The second division fixtures were announced along with the first division ones. New Barça B manager Eusebio Sacristán starts on the road at Huesca (August 21) and also ends away, at Xerez (June 3). The first game at the Miniestadi will be on August 27 or 28 against Vila-real B. Coincidentally, that’s the same week that the first teams of the two clubs will be meeting at the Camp Nou.

The big games for next season include Barça B playing the three teams that have just been relegated from the top flight. The first of these is at the Miniestadi against Deportivo on September 11. A week later the B team travels to Alicante to face Hercules, and the first game with Almeria will be at the Miniestadi on December 11. Barça B face Hercules at the Mini on February 26.

The other attractive games for Barça B are the four Catalan derbies against Sabadell, Girona and Tarragona. All three are at the Miniestadi. Barça B v Sabadell is on October 2, Barça B v Nŕstic is on October 30 and Barça B v Girona is on November 13.