Messi: “it’s crazy to say I was in crisis”

Messi: “it’s crazy to say I was in crisis”

With his hat trick against Mallorca, Leo Messi confirmed his place as La Liga’s leading scorer with 13 goals and gave a convincing reply to those who had been alleging he was suffering a dip in form of late. 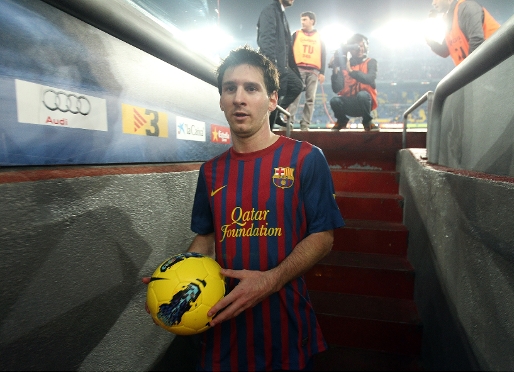 After the game, Messi told reporters: “it’s crazy to say I was in crisis, just because I’d gone three games without scoring”, though the best possible reply was his performance on the pitch, where he is always most comfortable, scoring and making goals. His three against Mallorca take him to 13 in the league so far, well ahead of any other player.

Messi insisted though that the game wasn’t all about him: “ I’m not interested in how many goals I can score or not –what matters is that the team won”.

“We got a very good win at home”

“I am available for the boss for whatever he feels is needed. I’m happy about helping set up Leo’s goal. I am gradually getting back to 100%”.

“The boss put his trust in me and I just try and show him everyday what I can do. I go out for every game very focussed and things seem to be going right”.

“I’m very happy and excited about the goal. I just want to laugh with happiness”.

“I was lucky enough with the goal to round off a great team performance”.

“We just carried on working hard and didn’t let the doubts that were swirling around outside bother us at all”.

“We have a great team, because the players adapt to what the manager asks us to do with no problems at all”.